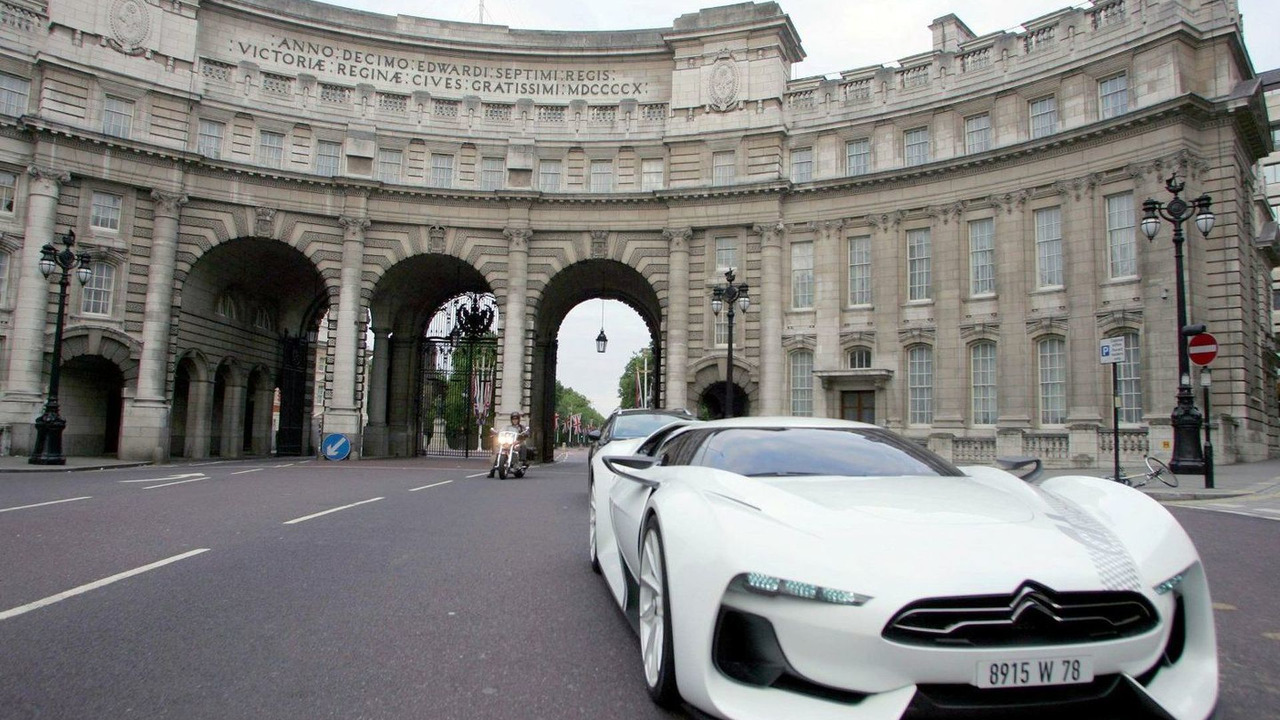 Some new details have surface about the GTbyCITROEN supercar, as well as a video showing the car on the move in London.

A new promotional video was released last week showing the GTbyCITROEN concept cruising around the streets of London.  You may recall that Citroen executive Vincent Besson told members of the media attending the Geneva Motor Show that the car will be produced in a limited edition of no more than 20 units.

Those details have changed a bit since March.  Autocar is reporting that Besson officially gave the car a greenlight.  Production will initially be limited to just six, with an expected retail price in the £1.1 million range.  Expect the car to keep it's carbon fiber body and less-than-common interior.  While we don't mind the copper trim, we get much more excited about the driver-side switches, and the F1-inspired steering wheel.  Expect the car to recieve a 500+ horsepower V8 engine provided by an American automaker.

We would not be surprised to see Ford win the bid for these engines, as PSA Peugeot Citroen already has a cooperative agreement on four different sets of common rail diesel engines.  Using Ford engines could keep relations positive between the two companies.

In this video, we see the proposed supercar just as much as we see stupified onlookers.  Needless to say, you do not often get the chance to see a production version of a car specifically designed for a videogame.  Takumi Yamamoto, of Style Citroen, created the 4.96 meter long exterior of the car while working with his friend, Gran Turismo creator Kazunori Yamauchi.  The car will be featured in Gran Turismo 5, a videogame that may be released for the Sony Playstation this winter.

Instead of looking for the car virtually, you can check out the actual GTbyCITROEN at Goodwood from July 3rd to the 5th.  The current version of the car will attempt the 1.16 mile-long Goodwood Hill six times during the weekend.  Meanwhile, the first look at the final production model will take place at September's Frankfurt Motor Show.