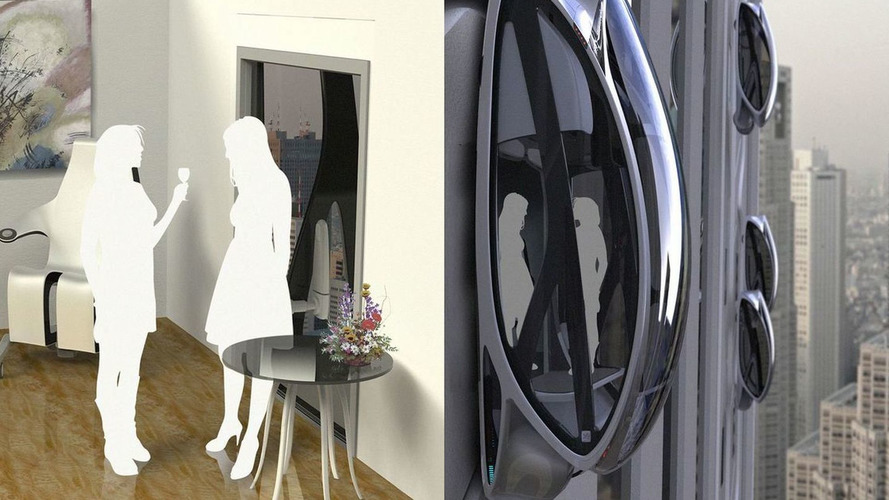 One of the more unusual design studies we've seen recently, the Peugeot Metromorph Concept would be able to traverse the sides of buildings on your way to work.

This is the Peugeot Metromorph Concept, designed by Roman Mistiuk for his industrial design program at the Academy of Art University in San Francisco.  The study looks at innovative ways for people to deal with hyper-urban environments.

Mistiuk's concept features a car that looks more like a 22nd century dune buggy than a conventional automobile.  The electric car is able to travel vertically alongside buildings, and take a parking spot at your apartment window.  While at rest, the vehicle becomes a balcony, with the car seats used as modern-day rocking chairs.  When you leave your abode, you drive down the exterior wall as in an elevator.

The vehicle shape and seats progressively shift position along the ride until it realizes the form of a horizontal pod.  This car would motor along thanks to two electric motors placed in the rear wheels.  Doors then open up to practically lay flat over the roof, taking a scissors-shape, while a robotic arm rotates the two seats to let the driver and passenger out.

The upside of this project is that it deals effectively with the notion that parking lots, and parking spaces, will become rare as urban development continues.  Being an electric city car, it also deals with the air pollution problems oft faced in today's major cities.

While movies like the The Fifth Element suggest flying cars and airborne garages, this car is a bit more Minority Report.  It does seem a bit difficult to enjoy your surroundings with cars constantly whipping by your window.  Needless to say, kudos to Mistiuk for a creative design.