Peace in F1: the first details 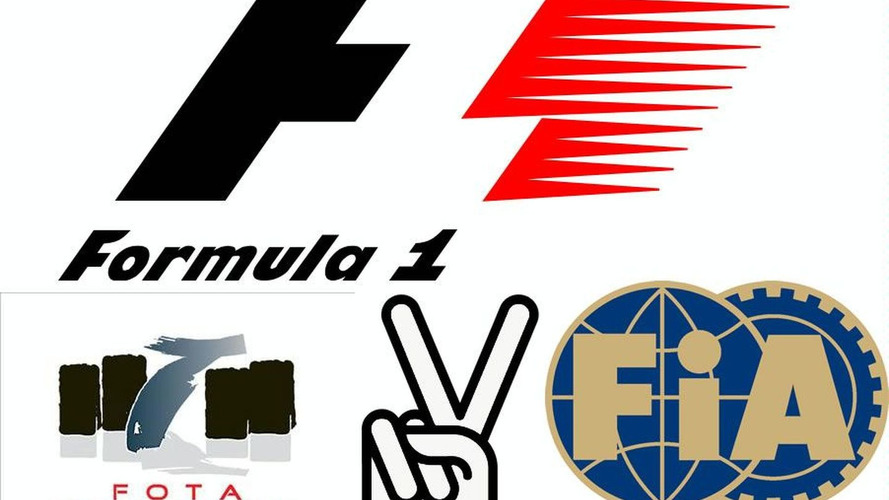 It seems that Mosley's planned budget cap, meanwhile, has been completely scrapped, although the kinds of other cost reductions agreed by FOTA should lead to radically smaller budgets by 2011.

The first details of the peace deal between rebel FOTA teams and the FIA are beginning to emerge.

Max Mosley, now to step down as FIA president in October, announced after Wednesday's World Motor Sport Council meeting in Paris that a cost reductions package had paved the way to a compromise deal between the warring sides.

But it is also believed that Michel Boeri, currently president of the FIA senate and head of the Monaco automobile club, will immediately begin to handle all relations between the sport's governing body and the teams.

It seems that Mosley's planned budget cap, meanwhile, has been completely scrapped, although the kinds of other cost reductions agreed by FOTA should lead to radically smaller budgets by 2011.

However, Mosley appears to have backed down on all fronts.

He had been pushing for the executive boards of the manufacturers involved in F1 to commit to the sport in writing through 2014. Instead, all the teams will simply sign a new Concorde Agreement, but valid only to the end of 2012.

The published 2010 regulations are to be completely torn up, replaced - as per FOTA's wish - with this year's rules but modified for the cost-cutting measures agreed on Wednesday.

The World Motor Sport Council was the culmination of an intense amount of pressure: not only about the viability of Mosley's ongoing tenure, but also the looming breakaway.

FOTA had this week appointed a PR company to inform a wider media audience about the plans, and was preparing to push forward with a meeting to discuss preparations - including inking initial contracts - on Thursday in Bologna.

Wednesday's developments are likely to be immediately formalised with FIA and FOTA press statements, and the publication of a final 2010 entry list.

"This for me is an enormous relief," Mosley said in a hastily convened press conference in Paris, also referring to "personal difficulties" he has faced.