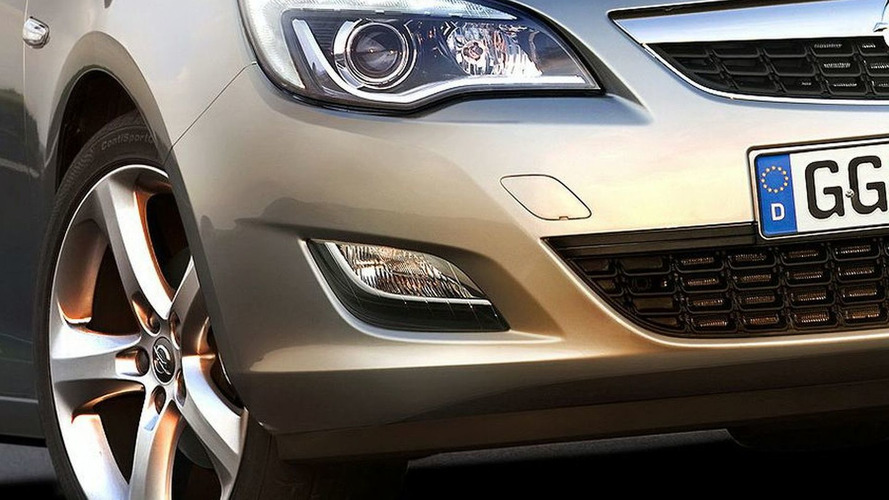 Despite recent news about a sale to new parent Magna, Vauxhall is trying to show the world that they are not slowing down. The Vauxhall Astra Roadster has been set for a 2011 or 2012 release.

Despite recent news about a sale to new parent Magna, Vauxhall is trying to show the world that they are not slowing down. The Vauxhall Astra Roadster has been set for a 2011 or 2012 release.

This will follow the debut of the five-door Astra, which should see the light of day at the Frankfurt Motor Show in September.  The three-door model, and the Sport Tourer estate, will appear in 2010, while the Zafira MPV will likely be shown off in 2010 or 2011, according to the magazine.

Vauxhall's upcoming convertible could be built with performance in mind, in line with the Vauxhall VXR (Opel Insignia OPC).  The VXR uses a 237 hp 2.0-liter turbo four cylinder, and has a stiff chassis, lightweight MacPherson struts, and ventilated brakes.  Some call the VXR a competitor to the Audi S4.

Using the same engine, or one with similar abilities, the Astra Roadster would have access to more power than the entry level BMW Z4 roadster, and a bit less than the 258 hp BMW Z4 sDrive30i.  However, the speculative report from the magazine suggests that the Roadster could be a price-break option for customers interested in the Audi TT, which gets about 250 hp from its 3.2-liter VR6.  If released, Vauxhall would likely position the car to compete with the VW BlueSport and Scirocco CC.  Auto Express suggests that the Roadster might get a re-tuned engine set to produce 270 horsepower, making it a real competitor to all four vehicles.  A base 1.4-liter petrol engine producing 150 horsepower could also be available, as well as a turbodiesel 2.0-liter CDTI generating 170 hp.

Some fans will be disappointed if the company introduces this two-seater as a replacement to the four-seater TwinTop.  But fear not: Auto Express believes this to be "one of the most desirable cars ever to come from the Luton company," for what it's worth.

Taking a few quick glances at the Auto Express renderings we notice an immediate connection to the Astra lineup, but with definite improvements.  Despite the shortened overhangs, the car would still have a decent amount of cargo space.  This comes at the expensive of two more seats.  A very steep windscreen looks confining from inside the cabin, but makes the car look very aggressive.  A collapsing metal hard-top folds in place behind the seats, under a tonneau cover.

Hopefully, we will hear something about this Vauxhall Astra Roadster rumor from the automaker itself, when it debuts the new Astra five-door in Germany.  Head over to the source to check out more detailed renderings.