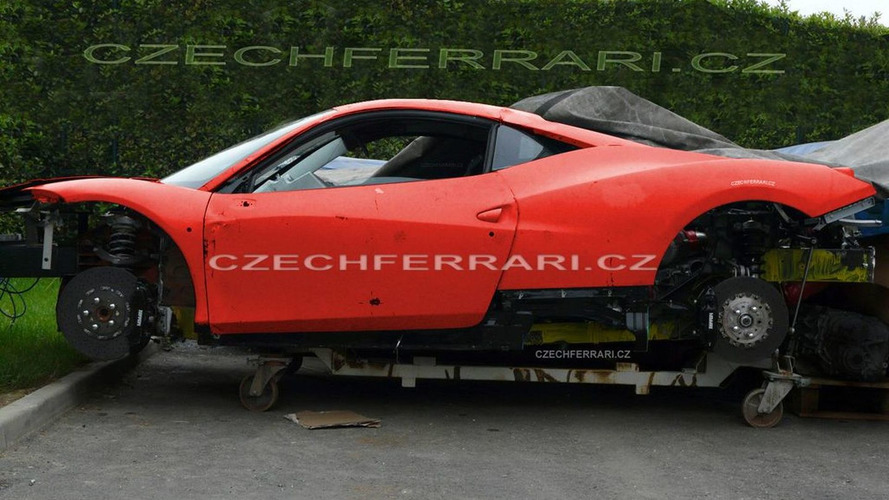 New spy pictures of the Ferrari F450 mule have emerged. The car might not be in motion but a great deal of detail was captured. Ferrari will probably debut the F450 at the LA Auto Show.

Ferrari's upcoming F450 will soon be replacing the ageing F430. Over recent months and weeks spy pictures of the car in mule form have appeared. There have also been renderings posted and even the car's roaring sound has been heard at Ferrari's Fiorano test track.

Now new spy pictures of the F450 completely undisguised have surfaced. They show a number of components including the suspension, the braking system, the new V8 engine and some interior. From these pictures it might not look quite as attractive as one would expect but when it all comes together all these bits will form another important part of history for the Scuderia.

Some details of the F450 are already out in the public domain. These include the engine's power which will tip over the 500hp (368kw) mark thanks to the 4.5-litre V8 engine. Ferrari will employ some F1-inspired components such as a 7-speed transmission, a KERS-like energy recovery system, handling-assisting software and next-generation traction control.

At launch the F450 will only feature a hard top, with the Spider version arriving about 18 months later. There may be a hybrid version introduced as well since Ferrari has admitted to working on such a system. A public debut of the F450 is likely to happen at the Los Angeles Auto Show.