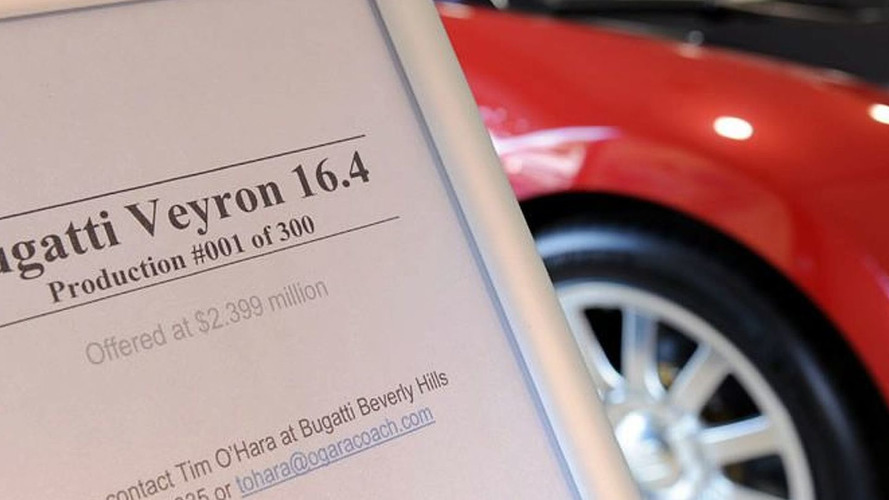 The first-ever manufactured model of the Bugatti Veyron 16.4 went up for sale, but is it worth its high price tag?

Beverly Hills-based luxe auto dealer O'Gara Coach is selling the first ever production Bugatti Veyron 16.4.  The 1001 horsepower supercar is being sold off as a collector's item, and it would take a deep-pocketed punter to make this purchase.

While a new Veyron 16.4 sets you back by $1.7 million, the first in the 350 production series is being sold at a premium price of $2.4 million.  Surely, an investor would have to hold onto this car for a lengthy period of time before being able to make a profit at auction.  A recent auction of a late-numbered McLaren F1 built in 1997 sold for about $4.1 million - roughly $1.75 million more than the asking price.  However, this car also had less miles on the odometer than Veyron #001, and was limited to a a production run of just 106 cars.

It is also worth pointing out that you can purchase two of the 75 Mercedes-Benz SLR Stirling Moss units for less than the first-edition Veyron 16.4.

According to the dealership, the car's odometer shows about 400 miles.  The Bugatti Veyron 16.4 #001 is also sitting next to a new, black-on-black Veyron.  You can see both cars by visiting our friends over at Autoblog.