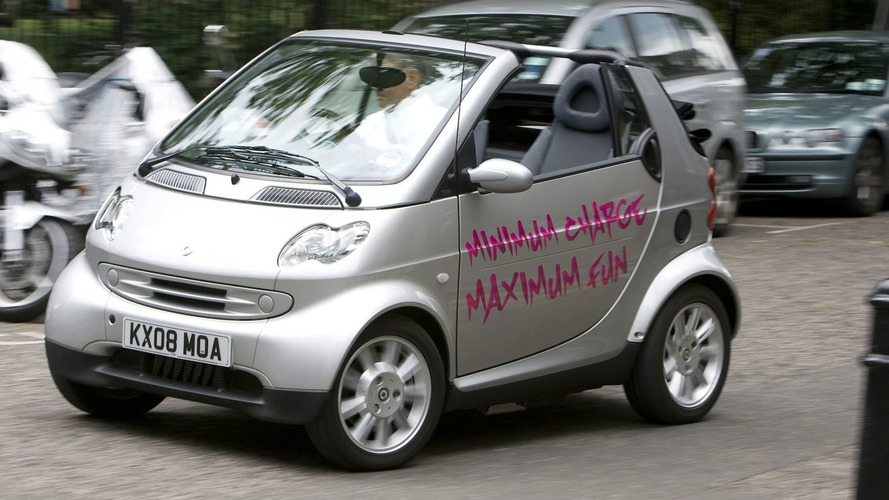 A successful UK trial means the Smart ForTwo Electric Drive will go into production. If similar benefits are seen in the U.S., Italy, and France, production of this vehicle might increase.

Daimler will be putting the Smart ForTwo Electric Drive into production, following successful test market experiment in the UK.  100 of the tiny EVs were put on British roads in December 2007, with fleet customers like the Metropolitan Police, utility companies, and local councils taking several of the cars.

As limited production of the UK-spec vehicle gets underway, the second-generation model will be tested across the U.S., and in Milan, Paris, and Rome.  The second generation model "will have a longer range, boast a shorter charging time and will give improved performance."  These improvements are due, in part, to a new lithium-ion battery.  Great Britain was an interesting strategic choice for the test market and first vehicle release, as London's hefty congestion charge is a cost many drivers would like to avoid.

Mercedes-Benz UK Managing Director Dermot Kelly understands that to get customers to use a more environmentally friendly car, you still have to appeal to their wallets.  "The smart electric drive is exempt from vehicle excise duty and the London congestion charge and this, underlined with incredibly low operating costs, means that companies taking part in the trial are finding it makes perfect fiscal sense," he said.

Current Mayor of London Boris Johnson is a fan of electric vehicles in general, citing many benefits to the public.  He was quoted as saying, "The move to electric vehicles, which emit zero pollution on London's streets, will have a massive impact on cutting carbon emissions to curb climate change whilst improving air quality and noise levels for our citizens."