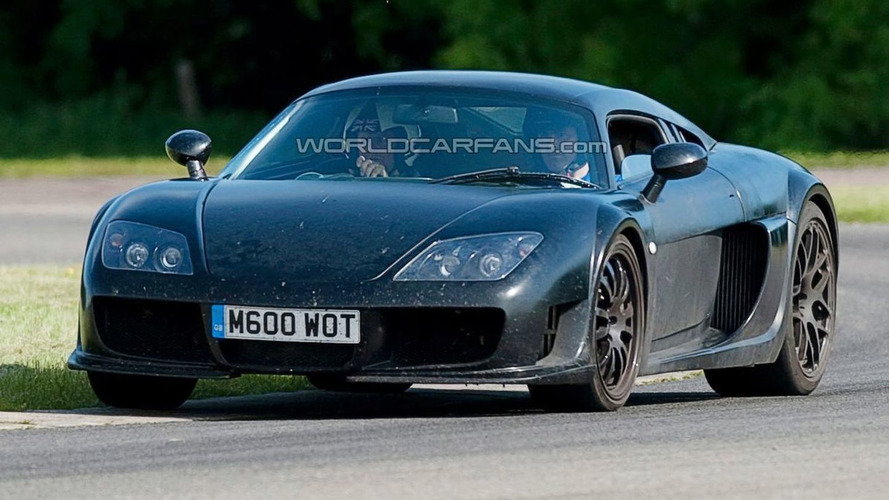 The Noble M600 has been spotted again, this time in the united Kingdom.  It has been about six months since the last set of spy shots emerged featuring this car.  At that time, the upcoming British supercar was spied during hot weather testing at Arizona's Firebird Raceway.

Engineers seem to have taken some inspiration from the Ferrari F430 when designing the rear of this vehicle.  The shape of the boot lid, and the positioning of the taillights, tailpipes, and rear diffuser all show a bit more than an homage to Pininfarina.

From the front, others  have likened this car to everything from a Saleen S7 to the 2004 Chrysler ME Four-Twelve concept car.  Although the lines are not particularly original, they do look to be rather effective.  We will be very interested to find out about the car's true dimensions, and its drag coefficient.

In the end, expect to see 50 units of the Noble M600 produced every year.  Each will have a 4.1-liter twin-turbo Volvo V8 that produces over 600 horsepower.  Top speed of the car is expected to be in the 200 mph neighborhood.  Noble has not yet announced if they will produce a left-hand-drive kit for export.