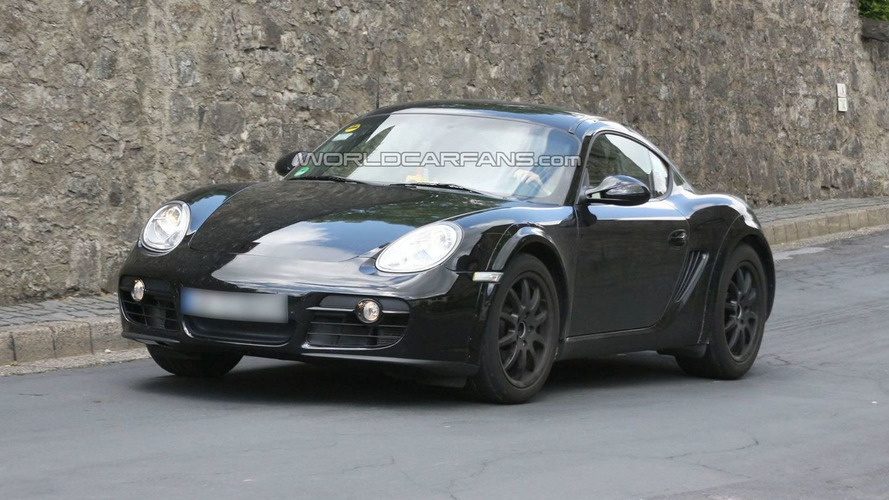 Spy pictures of the next-generation Porsche Cayman have appeared again. Production will be taken care of by Magna Steyr in Austria while sales will begin in 2012.

Porsche is still reaping the rewards off its current facelifted Cayman. Nonetheless looking forward is always preferable to looking back, and so the company is now quite far into preparing the next-generation Cayman. These spy pictures reveal a mule that appears to be wider and has beefier wheel arches than the current model. What may look like the model we have on the streets is actually a mule for the next generation model. Just look at the imprecisely-fitting tailpipes and the fender extensions. Dead giveaways.

The current Cayman comes with the optional new PDK dual-clutch transmission which provides very smooth shifting in traffic conditions and sporty changes when pushed to respond quicker. Fuel consumption is said to be improved despite power and torque increases. The Cayman will presumably use the PDK system as well.

There is no indication as to whether Porsche will stick with naturally-aspirated boxer engines for the Cayman or move with the wind and adopt turbo power for the baby 911 for the first time. The Volkswagen Group is brimming with such engines so adapting them to suit Porsche characteristics would not require too heavy an investment.

Production will begin in only a few years' time at Magna Steyr's factory in Austria. Dealers will receive their first batches of Boxster and Cayman stock in 2012.