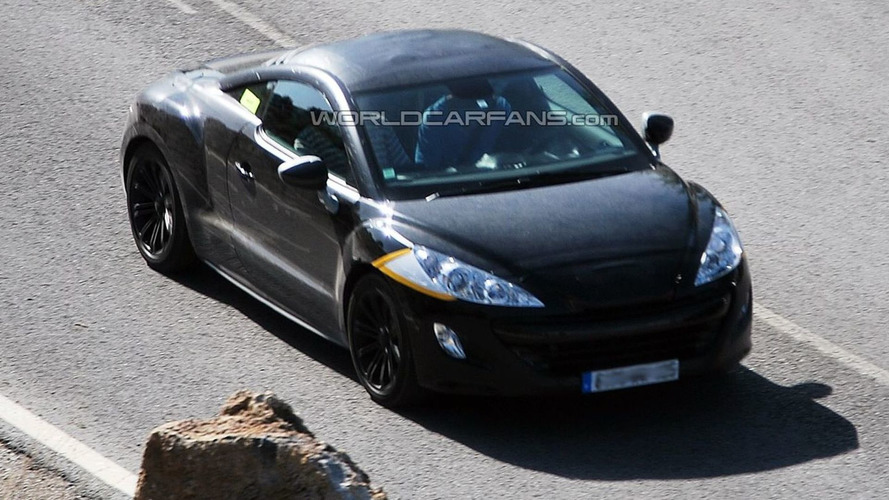 The Peugeot 308 RC-Z is going into production. These spy pictures taken in Spain show the car almost dressed in production clothes. Sales will start in 2010.

Yes, the Peugeot 308 RC-Z does bear a certain resemblance to the previous-generation Audi TT. But Peugeot does not seem to be fazed much by this perception. The French automaker appears determined to bring the car into production. Our spy pictures of a black prototype taken in Spain establish as much.

Peugeot first showed the 308 RC-Z Concept car at the 2007 Frankfurt Motor Show. It wowed the audiences and many probably wished it would be built soon after. They may have to wait just a little longer as the car is destined to begin production in 2010.

Competitors in this field are fierce so the car will have to produce a very special lineup of powertrains to run alongside them. The RC-Z will probably hit the streets with the same engines as higher-level 308 models with a rumoured 250hp (184kW) motor mentioned. Turbo diesels are probably going to be included as well.

PSA Peugeot Citroen is realigning itself. While Citroen is also going upmarket with models like the DS Line, Peugeot is keeping the harder tab on the highest sporting side of things such as Le Mans and of course the 308 RC-Z.

The Frankfurt Motor is coming up again in about three months and it would be an ideal place to unveil the sports car in production trim.