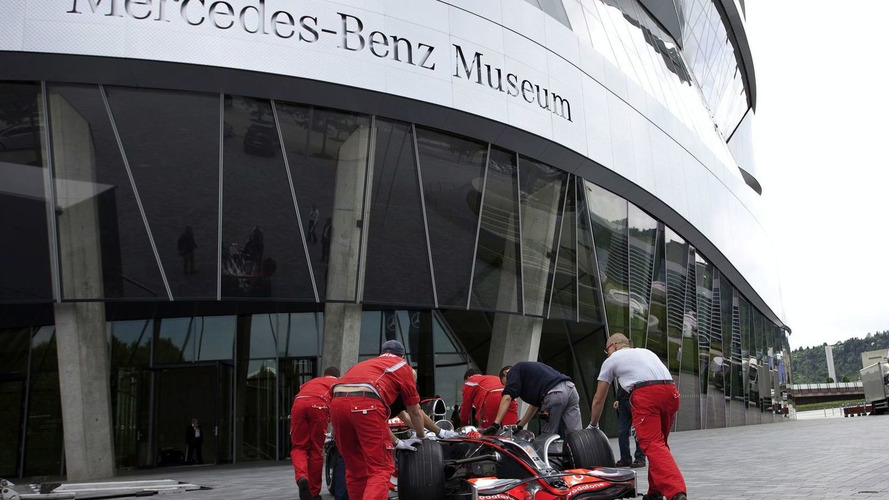 Visitors will be able to see Hamilton's F1 car as well as every other prominent Mercedes racer since 1934.

Mercedes has announced they will showcase Lewis Hamilton's McLaren MP4-23 at their official museum in Stuttgart, Germany.

The exhibit is part of Mercedes' celebration of the 75th anniversary of their legendary Silver Arrow racing cars of the 1930's. Visitors will be able to see Hamilton's F1 car as well as every other prominent Mercedes racer since 1934. The cars (40 in all) will be displayed on a unique banked stretch of high-speed track in the museum's Races and Records room.

According to Hamilton, "Being in this fantastic building is also very appropriate because it's where we launched MP4-23 back in January 2008. So it's fitting that my championship-winning car should be returning home, where it not only joins McLaren-Mercedes' previous title-winner - Mika Hakkinen's 1999 MP4-14 - but also the finest display of Mercedes-Benz's historic road and racing masterpieces in the whole world."

The museum is open Tuesday-Sunday from 9 am to 6 pm, so if you find yourself in Stuttgart, it might be worth a look.