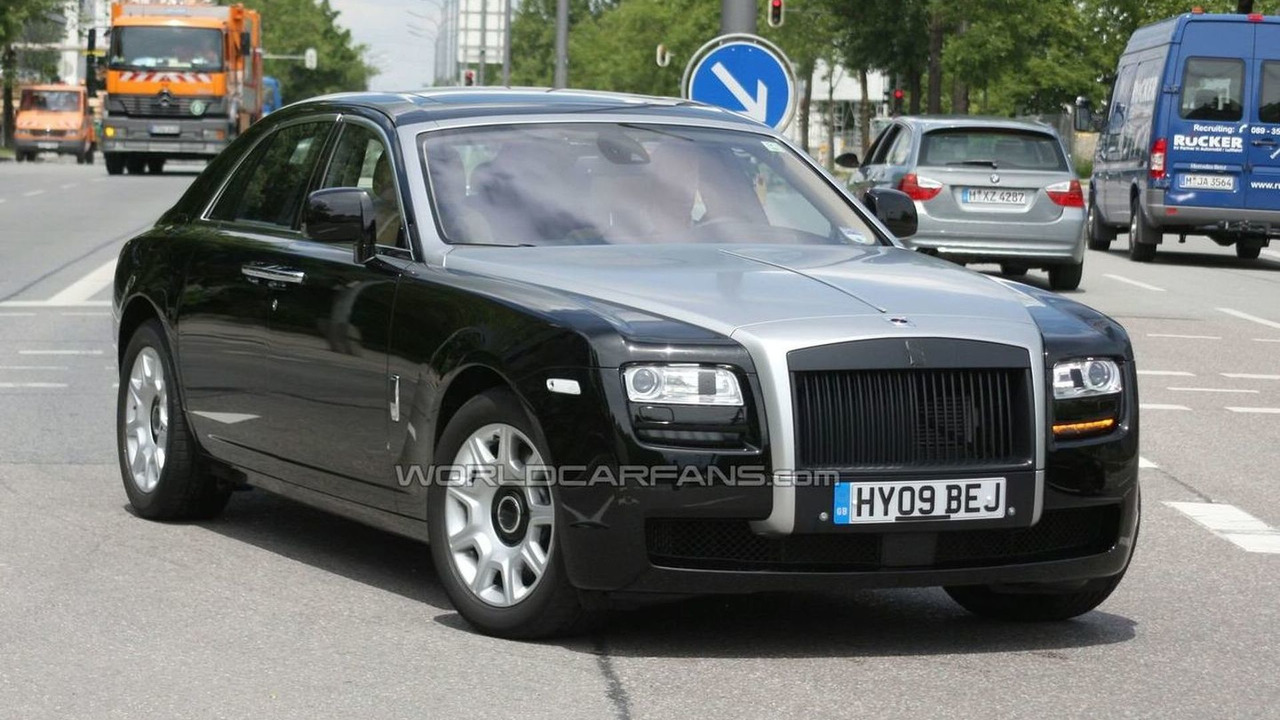 To give occupants a velvety ride, the Ghost features an intelligent four corner air suspension system with multi-link aluminum front and rear axles.

Rolls-Royce's tease of the 2010 Ghost continues as the company has released new details about the car's advanced air suspension.

Thanks to all this technological wizardly, the suspension is sensitive enough that it automatically detect and adjust itself when a rear passenger moves from one seat to the other. The suspension even offers a convenient lift and kneel function which can raise or lower the vehicle by 25mm.

According to Rolls-Royce's CEO, Tom Purves, "The Ghost will be as refined and as cosseting as anything that this marquee has ever produced. But it will have a dynamic vitality afforded to it due to the latest technology and engineering techniques. These have been bestowed on this car with the same care and attention as the more traditional materials within."

Look for the Rolls-Royce Ghost to officially unveiled at the Frankfurt Motor Show.