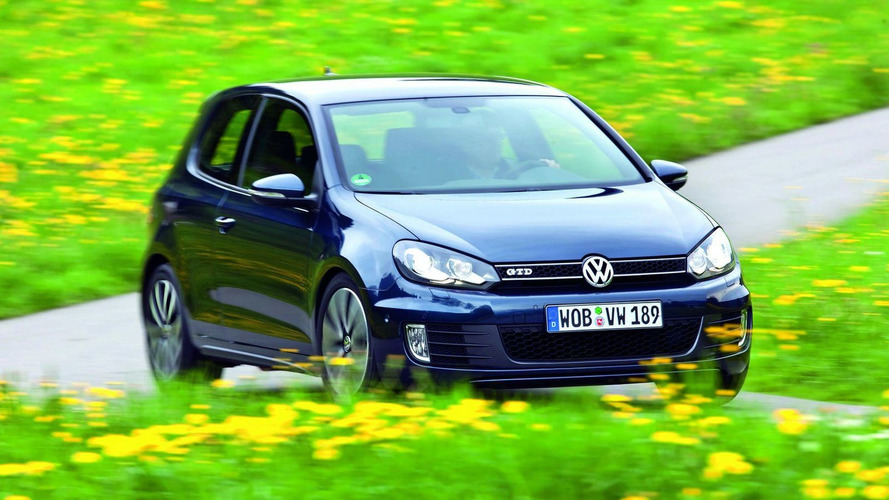 More details on the new Golf GTD have been released. The most powerful diesel Golf ever will be sold on the card of being a diesel GTI. Prices start at €27,475 in Germany.

Volkswagen is touting the new Golf GTD, launched in Germany today, as the GTI of diesels. That's because the GTD is based on the petrol GTI but with one fundamental difference: the engine. The car uses a 2.0-litre direct injection common rail turbo diesel motor good for 125kW (170hp) at 4,200rpm. While this may not exactly match the GTI's 155kW (211hp) the GTD excels where most diesel-heads expect it to and that is in torque delivery. Peak pulling force is 350Nm made between 1,750rpm and 2,500rpm.

The car's sporting intentions are clear even from a visual point of view. GTI-inspired bits include the chrome horizontal stripes on the front grille, standard fog lights and twin chrome tailpipes. The chassis has been lowered by 15mm and 17-inch wheels with 225 section tyres.

Inside the GTD features sports seats similar to those in the GTI but feature the same "Jacky" fabric pattern with a light grey colour diamond stripe pattern instead of a red like in the GTI. A three-spoke leather steering wheel is featured. Other equipment includes an RCD 210 radio system, automatic climate control, ESP with countersteer assist and VW's ParkPilot system.