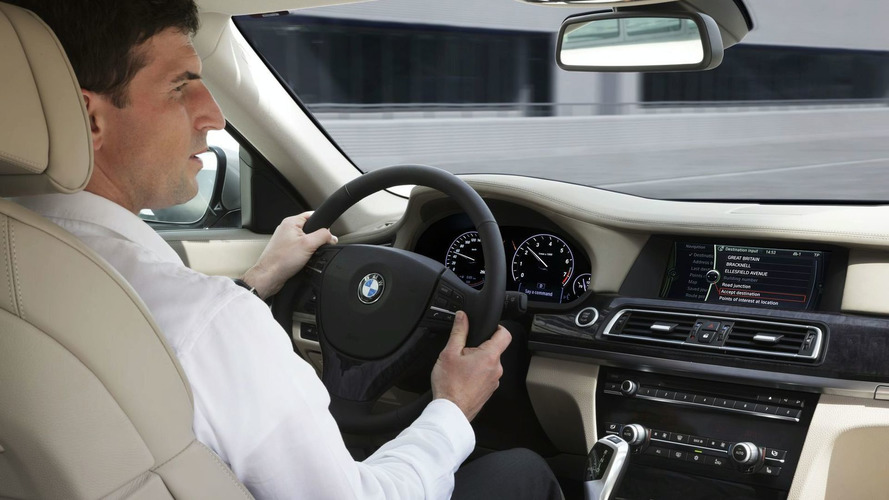 BMW is rolling out a big improvement on their new voice control system, making the system both safer and easier to use.

BMW is releasing a new voice control system allowing drivers better control over their cars' infotainment and navigation tools.  The new system will be available on new cars beginning in September 2009.

You can view a demonstration of the system in the 2:30 video above.

The German automaker claims the system is a first, where drivers only need "one single voice command ... to completely transmit the driver's destination into the navigation system."  For example, the driver can state "Chicago, 1060 West Addison" to immediately get directions to Wrigley Field, eliminating the step-by-step process previously used.  After stating either a place or an address, the driver's request is immediately processed by the navigation computer.

Likewise, the driver can also give verbal commands to choose between different audio sources, and also to find specific pieces of music.  The new voice recognition system allows the driver to state an album, artist, song title, or genre letting drivers only listen to the songs they want to hear.  Initially, only the audio saved on an onboard hard drive will be searchable.  However, by spring 2010 drivers will be able to search their own mp3 players as well.

As the system is available in many different languages, drivers will be able to search titles from a wide array of artists.  So if you want to listen to Dutch band George Baker Selection's album "Little Green Bag", but then switch to either "Una Paloma Blanca" or "So Lang die Sonne Scheint," the system will be able to handle the request whether your passengers like it or not.

For BMW, it was all about making the voice control system safer.  The automaker first introduced their "full word destination" controls in 2006, but realized that if a driver has to work through a system step-by-step, they may be inclined to just enter data in manually - and faster.  The new system is designed so that "the driver hardly having to take his eyes off the road."

The new voice control system will be available on cars sold in Austria, France, Germany, Great Britain, Italy, the Netherlands, Spain, and the United States.  It is unclear if the system may be retrofitted on previous cars.