New ABT AS3 based on Audi A3 Facelift Revealed 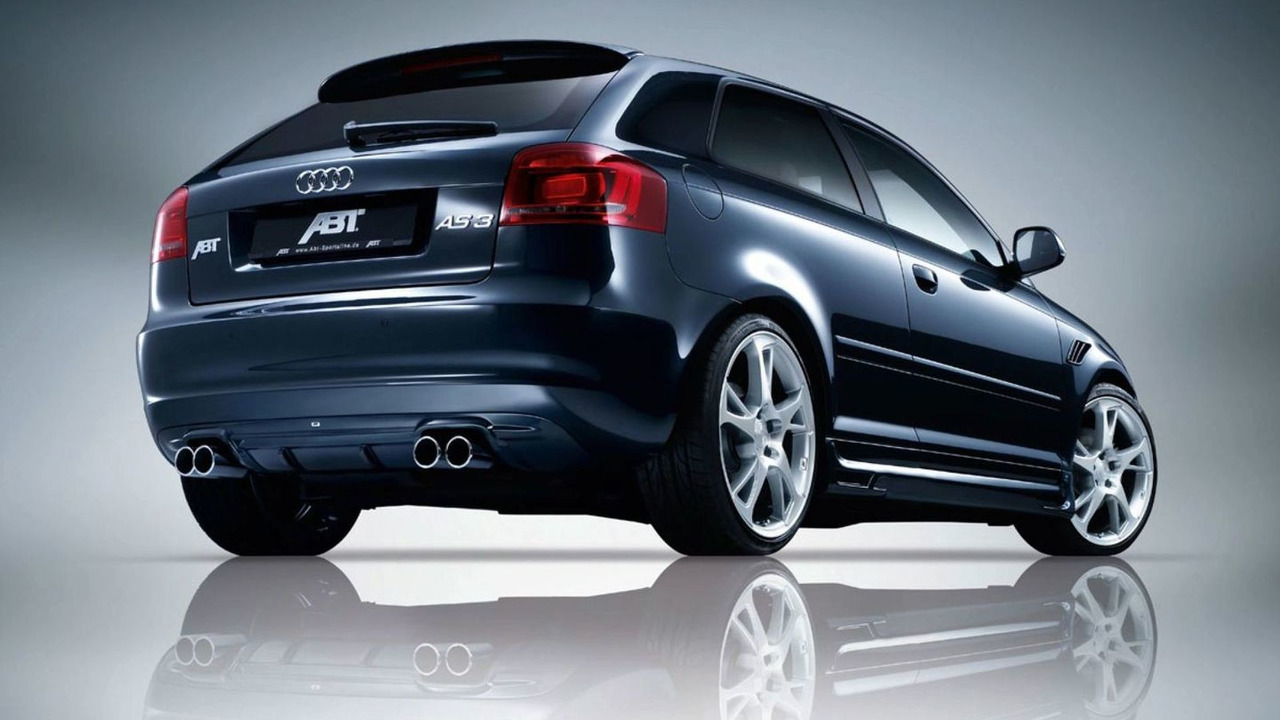 ABT has announced a new AS3 kit for the Audi A3 facelift. Exterior changes include a new front spoiler and LED lights. Engine upgrades include a 140kW turbo diesel.

ABT has released a tuning kit for the facelift Audi A3. The tuner calls it AS3 and it's more than just a cosmetic surgery. Getting into the exterior detail first we see that ABT has modified a few components such as the front grille, the bonnet, the fenders and the front bumpers. Even the front LED lights have changed shape form the standard bulbs.

The rest of the bodywork is made up of new side skirts, a front spoiler insert, fender inserts and a rear apron. ABT's recognisable four tailpipe unit gives the cars more presence. ABT AR or BR alloy wheels measuring 18 or 19-inch are recommended for the AS3. The suspension has been lowered by 35mm to improve handling and agility.

On the diesel side the 2.0 TDI is puffed up to either 125kW (170hp) or 140kW (190hp) depending on where in the power band it starts in its normal life. ABT says fuel consumption and engine reliability have not been affected by these power increases.

Gallery: New ABT AS3 based on Audi A3 Facelift Revealed