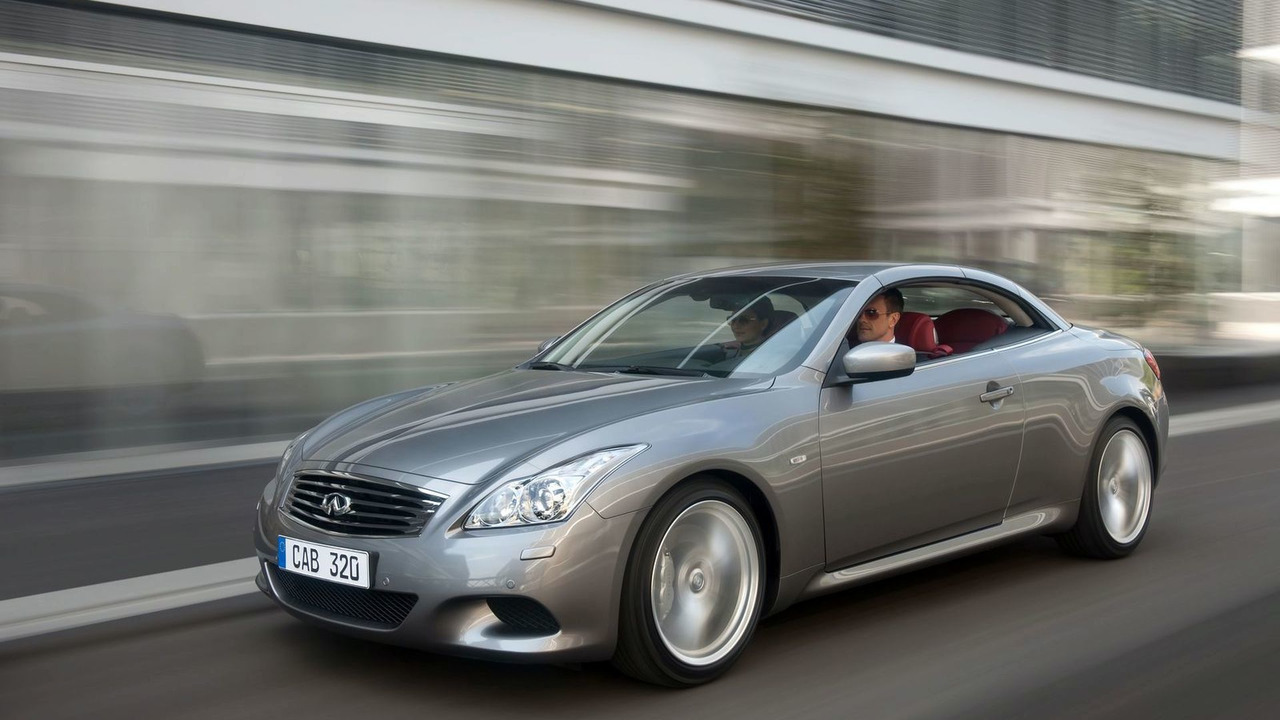 Pricing and final specs are now available for the drop-top Infiniti G37. We have all the details inside.

European pricing has been announced for the new Infiniti G37 GT Cabrio.  The cost for the GT Cabrio Premium was also introduced as being €3,600 over the non-premium edition.

UK customers will have to wait a bit longer to find out their sticker price.  Some have estimated £38k for Great Britain, but that seems low to us.  The automaker could be holding off to see what happens to the currency exchange rate in light of the weaker-than-normal Pound, and the ongoing political turmoil there.

The Infiniti G37 GT Cabrio uses a 316 horsepower 3.7-liter V6 petrol engine, with power going to the rear wheels.  The car is capable of a 0-100 km/h time of 6.2 seconds, with an electronically limited top speed of 155 mph.  Here you can choose the optional magnesium paddle shifters, wired to the seven-speed automatic transmission.

Infiniti calls this "the brand's most seductive design yet," as it perfectly blends a three-piece metal folding roof into the car's sporty lines.  The four-door cabrio comes standard with 19-inch alloys, cornering Bi-Xenon headlights, sport brakes, and LED rear lighting.  The electrically adjustable heated seats are made from a luxurious leather grain, while the dual-zone climate control will keep everybody in comfort.

The new Connectiviti infotainment system is also included, coming standard with a 2-gig Music Box mounted to the seven-speaker audio system.  The system plays both CDs and MP3s, and has iPod and USB hook-ups for added versatility.  Bluetooth, rear camera, and parking sensors are also included.

Step up to the Premium package and you get Connectiviti+, including a 30gb hard-drive based navigation system based on the Michelin Green Guide.  The Music Box is upped to a 10gb model.  Both systems are controled by touch screen.  Meanwhile, premium seats are upgraded with memory, and a cooling system for those hot, summer days.  The audio system is also made a bit more top-shelf, with a 13-speaker Bose system that filters background noise, and automatically reacts to the position of the roof.

You can place your order now by logging on to www.infiniti.eu.  There, you can also find the pricing for each European nation.  Deliveries of the car should begin in September.