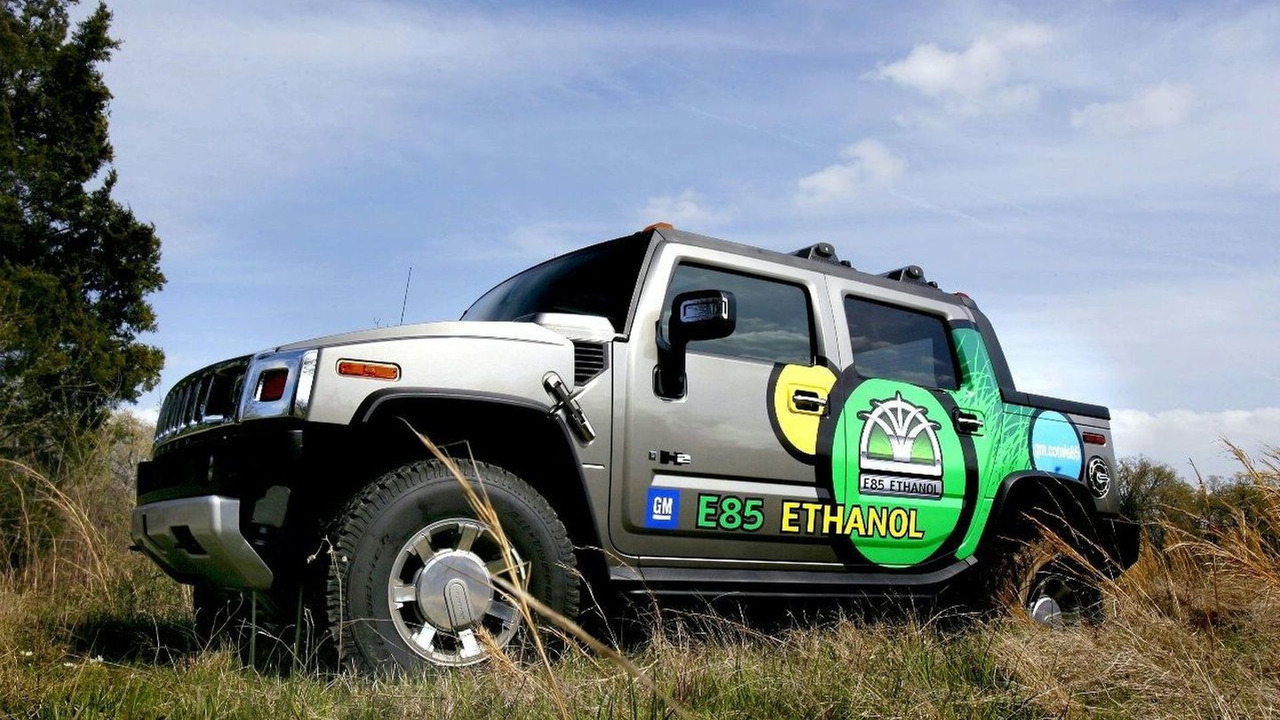 HUMMER revealed the 2009 E85-capable H2 SUT at Classic Hummer on Friday, one of more than 15 FlexFuel models GM will offer for the 2009 model year.

General Motors, with over 3 million cars, leads the pack in regards to flex-fuel vehicles on American roads. Classic Chevrolet/HUMMER is the nation's leading Chevy truck dealer and has taken it upon themselves to supply their customers with a new, and first dealer-owned E85 fuel station.

“We sell a lot of trucks capable of running on alternative fuels like E85, and even though there has been some increased availability, we saw a need for more E85 pumps where drivers could fill up,” said Clasic general manager Charles Martin. Currently, less than 1% of fuel stations across the US offer E85.

The General has vowed to double its flex-fuel capable production by 2010, and hopes to produce half of their cars with flex-fuel engines by 2012. In order to show their good-will, GM brought the 2009 E85 capable H2 SUT to the ceremony, but the H2 will also be E85 capable. The Hummer H2 SUT is one of 15 FlexFuel vehicles in GM's 2009 line-up.

“We’ll offer a biofuel powertrain in every model we build by the end of 2010. A Hummer’s off-road capability and care for the environment are in no way mutually exclusive. This is simply one more step in our effort to promote responsible adventure.” HUMMER General Manager Martin Walsh said.