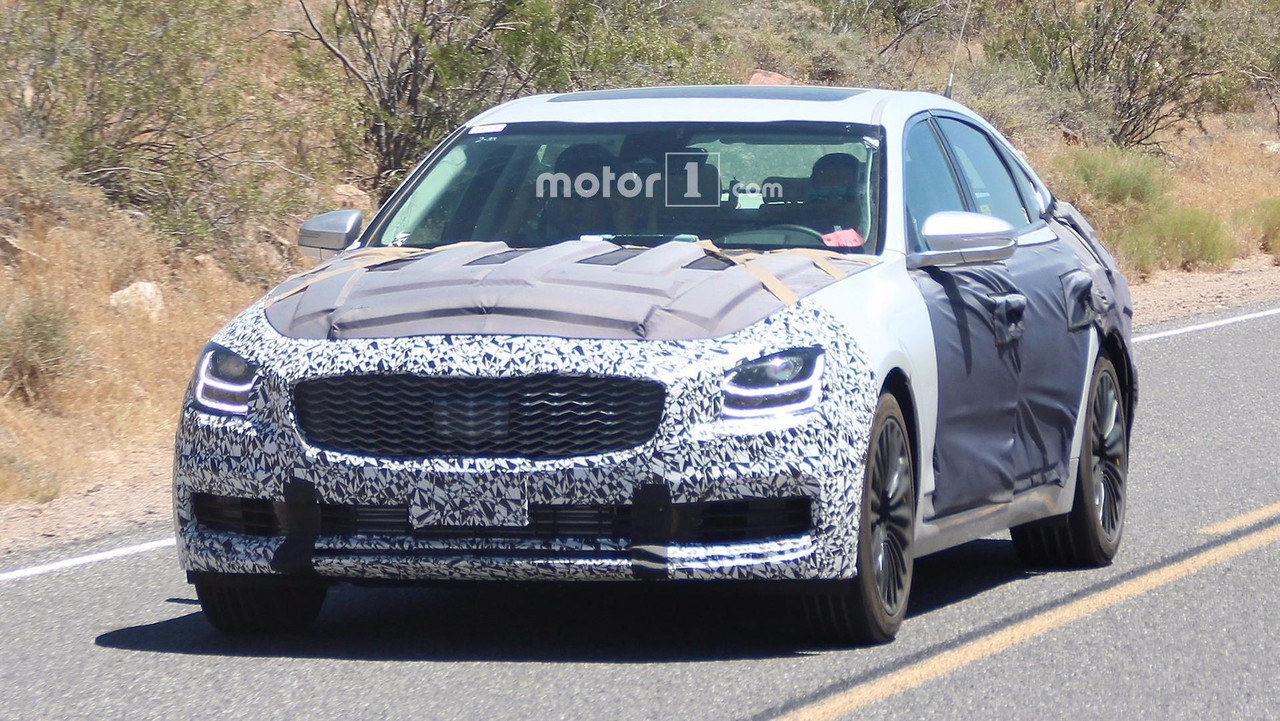 The Kia K900 – or Quoris outside of the U.S. and Canada – was introduced in 2012, and added a premium option to a lineup filled with more mainstream vehicles. It rides on the same BH-L (VI) platform that underpins the Hyundai Equus and Genesis, and comes powered by either a 3.8-liter V6, or a 5.0-liter V8 in the U.S.

The car hasn’t been a best seller, admittedly – the company has moved just 251 examples in the U.S. this year – but execs are hoping that an upgrade will coerce buyers into giving the K900 a second look. First up is the all-new design.

Underneath the heavy camouflage, a more pronounced front grille and new LED running lights are immediately noticeable. The lower portion of the fascia is also new, as are the taillights in the rear. The Stinger sports sedan will act as the core design for Korean marque moving forward, and the K900 will be one of the first to benefit.

Inside, the cabin is entirely new. Though camouflage covers up most of the final product, we know that a new Lexicon audio system will come standard, along with a number of more modern finishes over the outgoing model, including metallic and wood trims throughout.

Power will come from the same 3.3-liter V6 and 5.0-liter V8 options found in the Genesis lineup, producing 365 and 420 horsepower in that application, respectively. A new 10-speed automatic will be the lone gearbox option, sending power to the rear wheels, with an option for all-wheel drive.