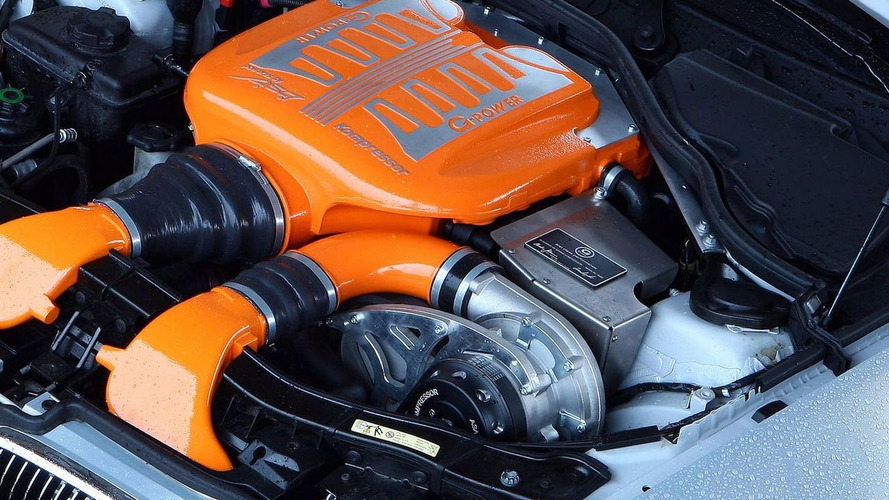 New supercharger system improves power with a constant 20 percent more torque available after the 5,000 rpm mark. Also available are 20-inch wheels from G-Power and a 4-trim sport muffler for a 'throatier' sound.

German tuner G-Power calls it the Tornado - a supercharger system for the BMW M3.

But the 'G' may as well stand for 'gentle' as the Tornado supercharger provides only a little extra push on the M3's 4.0 liter V8, with a mere 0,3 bar of added pressure, to take horsepower from 420 to 500 hp and pumping up the torque output to 480 Nm from the standard model's 400.

The added power is likened by G-Power to the feeling of being pulled by a bungee cord and it comes by way of the T1-518 ASA centrifugal supercharger which is the core of the Tornado system. The T1-518 ASA is also used in several ALPINA models including the ALPINA B6 GT3 race car. According to G-Power, from 5,000 rpm to the red line, the supercharger provides a consistent 20 percent more torque than on the standard M3.

G-Power also offers on the M3 Tornado its own 20-inch G-POWER SILVERSTONE DIAMOND wheels wrapped in Michelin Pilot Sport tires; with 255/30 ZR 20 rubbers at the front and 295/25 ZR 20 for the rear.

The tuner is also providing a 4-trim sport muffler for a 'throatier' tone to the already well-designed BMW sound.

On the inside is a G-Power badged speedometer reading up to 360 km/h, carbon paneling, specialty leather finish and aluminum pedal set. The supercharger is also badged and stamped with a serial number.