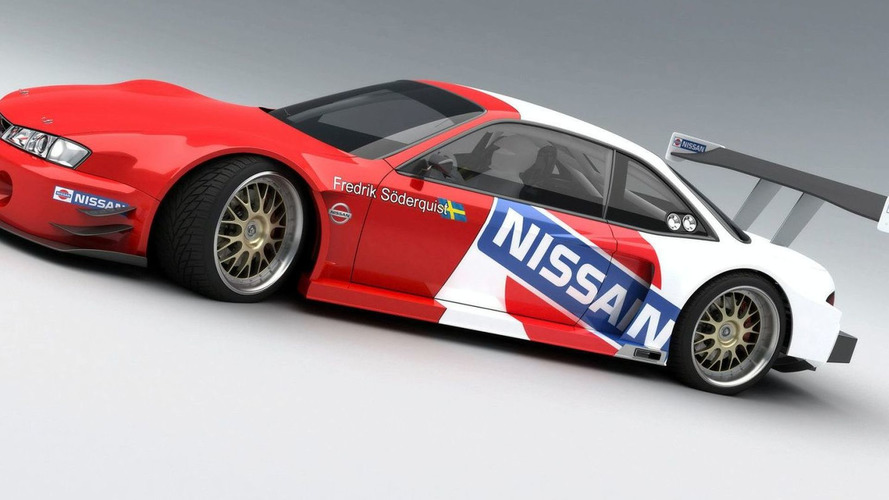 We have a collection of renderings featuring a very cool take on the Nissan 200SX.

Swedish designer Bo Zolland is hard at work on his new model.  The 2009 Vizualtech Time Attack Nissan 200 is being planned by Zolland's Vizualtech firm for a domestic client.  Shown here are a series of renderings produced as part of the vehicle's development.

Although the car will get the benefit of a 600 horsepower, turbocharged engine, aerodynamics is really the key here.  The 200 will purportedly use a Venturi Tunnel to hold the car firmly down while helping to increase speed.  Using a racing chassis and a body built entirely from carbon fiber, the 200 is inspired by the GT 500 JGTC racing series vehicles.

From the pictures we noticed the name Frederik Söderquist on the side of the car.  A quick search turned up this forum page showing a Nissan 200 SX project by somebody with the same name.  Scrolling through the Swedish-language page to see the pics of this 200 compared with the 2009 Vizualtech Time Attack Nissan 200 makes for an interesting study.