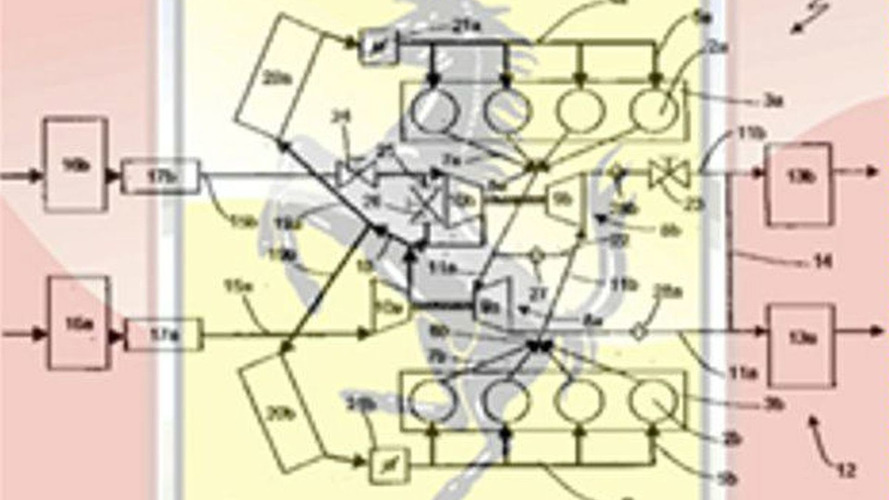 A patent is said to have been filed in the name of the Scuderia Ferrari motor company of Italy. The patent is apparently for a turbocharged V-shaped engine.

Autocar claim to have uncovered plans by Italian supercar maker Ferrari to develop a new turbo engine. Apparently a patent application by the automaker was filed with accompanying schematics. This patent is said to be for a "turbocharged internal combustion engine with V arrangement." Those who say they have seen it state that the number of cylinders is not specified but the drawing reveals a V8 layout.

A couple of speculative stories have appeared that purport to Ferrari changing its philosophical strategies somewhat. About two years ago it was thought that the Enzo replacement would be fitted with a twin turbo V8 engine. More recently the word dreaded most by hardcore enthusiasts, namely hybrid, was bandied about in the same sentence as the legendary Scuderia Ferrari. Worse still is that this supposed Ferrari hybrid works in conjunction with a 4x4 system.

Two of the motor manufacturers left in Formula One sell a range of turbocharged performance cars. But while BMW and Mercedes-Benz's turbo applications stretch their entire lineup, Ferrari hasn't touched a turbine in years, despite its greatest nemesis Porsche practically owning the high-performance turbo sphere. If Ferrari really is working on a turbo V engine this might mean that second turbo era in F1 is coming.