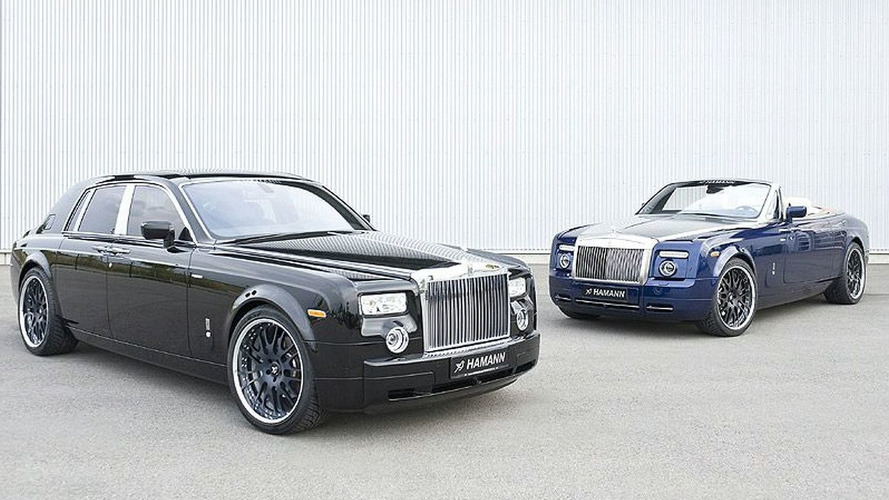 Hamann will soon reveal tuning packages for the Rolls Royce Phanton and the Drophead. Included as part of the kit are 23-inch wheels and 535hp engines.

Hamann does not discriminate. That is to say, the German tuner will work on any brand deemed suitable to its vision. Recent various tuning packages include the BMW X6 and 7-Series, McLaren SLR, Aston Martin V8 Vantage and most recently one for the Bentley GT Speed.

Rolls Royce is not immune to these visions of Hamann and that is why the two cars seen here came into existence. Both the Phantom and the two-door Drophead got special Hamman treatment. Not much detail was tossed our way but we can disclose that the wheels have gone from the standard 21-inch cast aluminium to 23-inches.

A highlighted interior element is the Hamann sports steering wheel which was made specifically for the Phantom.