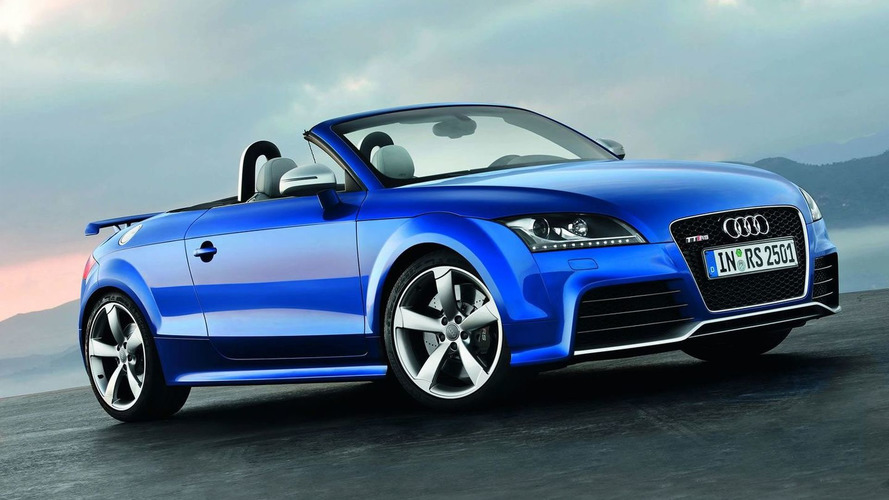 After years of spy activity and speculation preceding the official unveiling of the Audi TT RS, the stage was set for a firecracker announcement at the 2009 Geneva Motor Show. And so it happened: Audi took the covers off the two-door coupe and roadster. We have a bit more detail on the potent twins, including pricing.

The TT RS range is blessed with Audi's new 2.5-litre five-cylinder turbo engine with FSI direct petrol injection. It makes maximum power of 340hp (250kW) and peak torque of 450Nm (332 lb ft) between a wide band of 1,600rpm and 5,300rpm. This power and torque is sent through to all four wheels via Audi's quattro permanent AWD.

Performance, according to Audi, confirms the TT RS as the fastest in its class. The Coupe fires off the line to 100km/h in 4.6 seconds while the Roadster does it in 4.7 seconds. Top speed is limited to 250km/h in both cars but can be increased to 280km/h if requested. The hard top weighs in at 1,450kg (3,197 lbs) while the Roadster is 60kg (132 lbs) dearer because of all the extra equipment needed to operate the canvass roof.

The standard wheel size is 18-inch with 245/40 tyres but customers can specify the bigger 19s or 20s for their baby. A standard sports suspension lowers the car by 10 milimetres while the optional magnetic ride adaptive damping system offers Comfort and Sport characteristics. The rear features a diffuser and a stationary spoiler. There is an optional one that retracts and extends.

The interior is laid out in leather and Alcantara. It also features heated sports seats, brushed aluminium inlays and a flat-bottomed multifunction sports steering wheel.