This Autonomous Electric Truck Leaves No Room For Humans 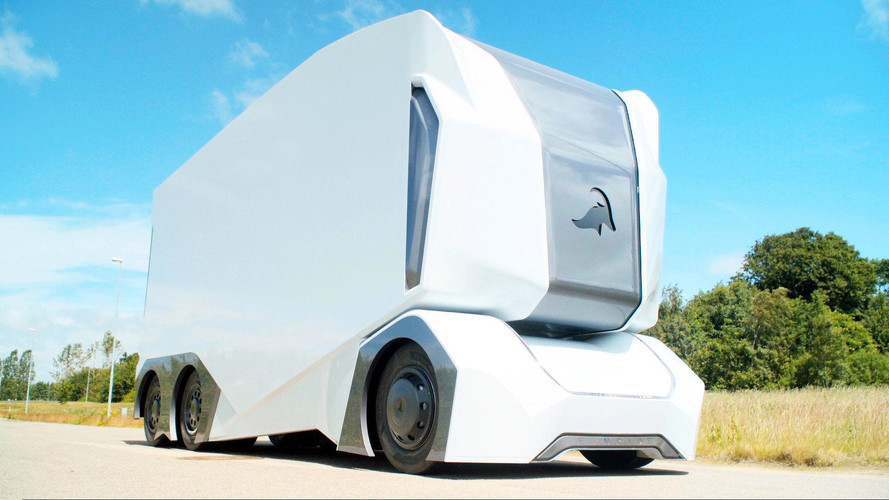 It can be operated remotely if necessary, but it has no on-board controls.

Autonomous vehicles are already among us, but they still have traditional controls for drivers to intervene. Now, a company in Sweden is stepping up with a driverless prototype vehicle that has no seats, no, windows, and as such, absolutely no provision for a driver or passengers. That’s because this particular autonomous vehicle isn’t designed to carry, people, but cargo.

Einride is the company behind the autonomous hauler, which is called T-pod. It’s an all-electric affair modeled after a typical city box truck, measuring 23 feet in length with a 20-ton load capacity. Fully charged, the T-pod has a range of 124 miles, and yes, there are no provisions on-board to operate it manually. If your mind is conjuring images of a Terminator-dominated future right now, you’re not alone.

Thankfully, the human element hasn’t been completely removed from the system. Einride has designed the T-pod with a hybrid system, but in this instance we’re talking about control as opposed to powertrain. On the highway the truck is fully autonomous, but a remote operator at a central location assumes control of the T-pod once it exits the highway, guiding it “by hand” to its final destination. Furthermore, the remote operator can take control at any time should something happen.

Right now, the T-pod is just a prototype with limited range and no remote capability. According to VentureBeat, Einride is planning to have a fully-functional truck to customers this fall, with plans for a fleet of 200 T-pods by 2020.

We aren’t blind to the advancement of technology, and honestly, driving enthusiasts have nothing to fear from autonomous vehicles. Just as the car liberated horses from being working necessities to creatures of enjoyment, autonomous cars will assume the less-desirable motoring tasks so we can better enjoy the act of driving in exciting machines.

That said, we can think of a million reasons why on-board manual controls should still be available, especially since autonomous technology is still far from perfected. Are companies pushing forward too fast in the autonomous realm? Are autonomous vehicles with no on-board provisions for manual control really a good idea?

Let us know what you think about this.