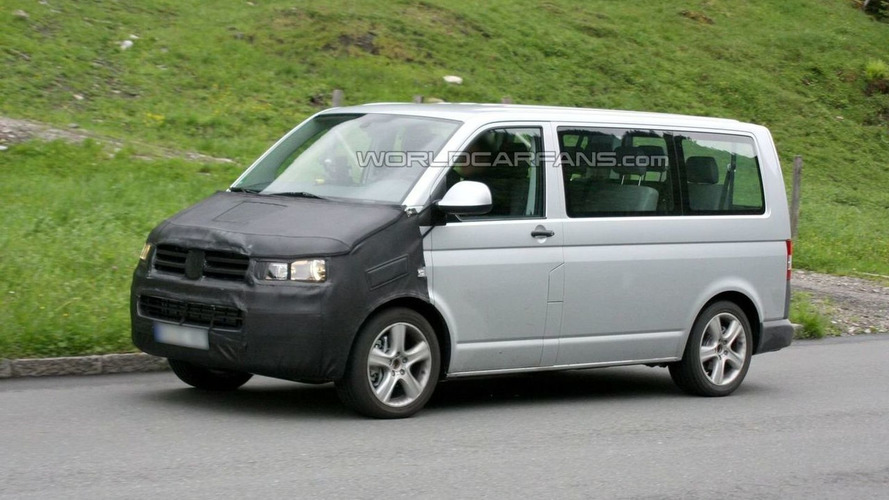 The facelift Volkswagen T5 has been spied on the street. VW's new face - covered up in this instance - will be seen on the multipurpose vehicle.

Seen here are the first spy pictures of the facelift Volkswagen Transporter or the T5 as it is better known in the market. The Transporter is now in its fifth generation having been launched in Europe in 2003.

New on the T5 facelift will be VW's new front grille, bumper and new headlights which were seen on the new Touran as well as the Golf VI Plus.

The T5 is sold as a passenger vehicle or a commercial vehicle for various purposes. Most of the engines in the range are turbo diesels starting with a 1.9-litre TDI making 62kW (84hp) and 200Nm of torque, to a 2.5-litre TDI producing 400Nm. A 3.2-litre petrol with 173kW (235hp) is also available.

T5s are not sold in the North America region in any shape or form but VW does offer the 7-seater Routan there which is a minivan based on the Dodge Caravan. Mexico does however sell the T5 under the name Eurovan.