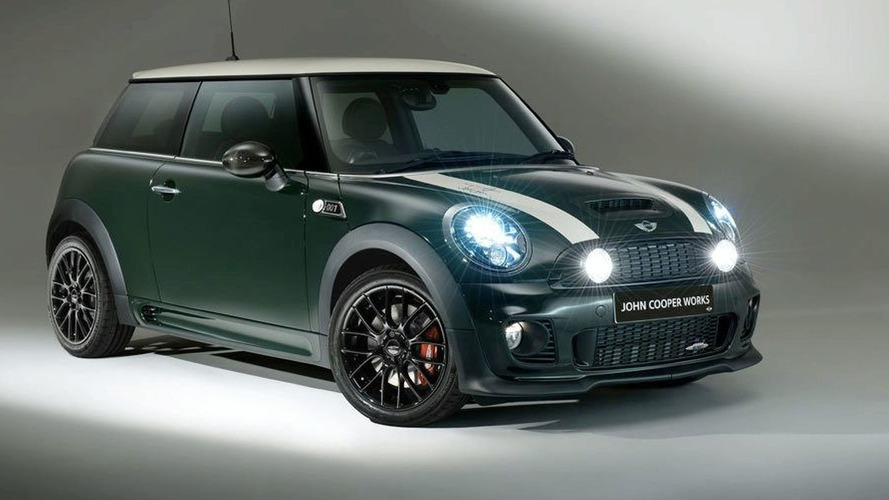 A new limited edition MINI called the WC50 has been detailed. It celebrates 50 years of the Cooper Company winning the F1 Championship. Only 250 examples will be built.

MINI's 50th birthday celebrations continue with another special edition model. This time it's the MINI WC50 which marks the 50th Anniversary of the Cooper Car Company winning the Formula One constructors championship. The two guys behind the wheels were legends Jack Brabham and Stirling Moss who took first and third spot in the overall championship.

The WC50 will be very limited in numbers; only 250 units are to be produced from the Oxford plant, with 100 reserved for UK customers. Officially MINI does not plan to export the car anywhere else outside of Europe so markets like the US and Australia are probably not going to get it.

Mechanically the car is identical to the John Cooper Works model. But there are changes and they are significant. The main ones are the aero kit and some interior appointments. The exterior has bi-xenon lights with black interior reflectors, fog lamps, bonnet stripes, a carbon fiber bonnet scoop, carbon fiber mirror caps and a rear diffuser. It is fitted with 17-inch Cross-Spoke Challenge alloy wheels in a Jet Black colour.