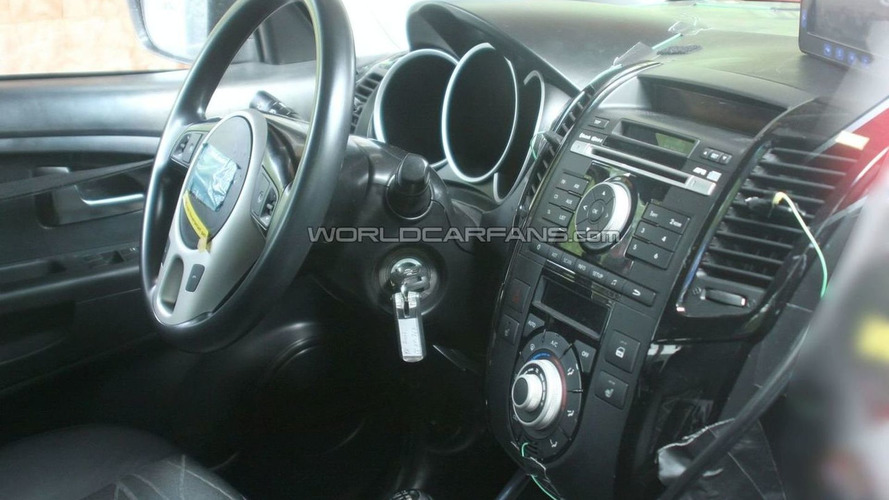 Ceed Plus MPV caught doing some serious endurance testing somewhere in the mountains of Europe. Here we get some of the best interior spy shots yet of the upcoming compact MPV.

Kia has put the upcoming Ceed Plus MPV to work, hauling a backseat full of would-be passengers and pulling a trailer somewhere within a mountainous forest in Europe.

And here we get some of the best interior spy shots yet of this hatch-tastic-aspiring new creature. The center console seems practical and within reach of the driver, while the triple circle instrument panel gives it a little sporty-like vivaciousness.

Oh, yes, and those jugs of liquid in the back seats shapped like an upper torso? Those are meant to simulate passengers, most likely children judging by the size, with a weighted suitcase on the floor to simulate the passenger's legs. Jugs of water don't complain and scream and fight and have to go to the bathroom every 20 minutes, so its a sensible substitute.

In these shots we still have a camouflaged front end, but we've previously seen this Kia Ceed Plus MPV without its face mask on and the little tyke bears a striking resemblance to a Ford.

The Ceed Plus MPV will be introduced with two 1.6 liter engine variants, one gasoline/petrol and one diesel, both producing a reasonable 126 hp. More engine choices will likely follow later on.

The Kia Ceed Plus MPV is expected to launch later this year or sometime in early 2010.