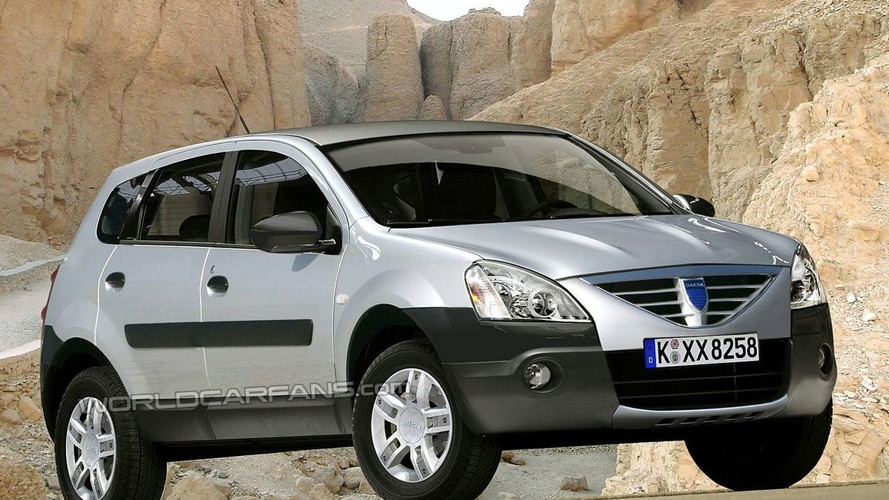 Dacia has begun testing their newest creation in northern Scandinavia, and we have the spy pics to prove it. In the gallery you will find photos of an SUV crossover based on the Dacia Logan.

Dacia has begun testing their newest creation in northern Scandinavia, and we have the spy pics to prove it.  In the gallery you will find photos of an SUV crossover based on the Dacia Logan.  Taking inspiration from the Dacia Logan Steppe concept introduced at Geneva in 2006, the mule was shaped and massaged until it became the artist's rendering you see above.  Romania's favorite car producer had previously announced their desire to build a four-wheel-drive version of the Dacia Logan, with a debut set for 2010.

Although this is likely to be a successful for the Renault-owned company, we agree with our spy's assessment that Dacia will need quite a bit more to hit their 2010 target of one million production cars per year.  Other models expected to be released include a new sedan based on the second-generation Logan, a five-door hatch, and the MCV Estate.  Rumor has it that Dacia is working on a pick-up truck as well.

Entirely possible when you consider how much bigger the chassis in these spy pics appears in relation to the mule riding on it.  A Dacia SUV platform could certainly be shared with a pick-up truck model.  To build all these vehicles, Dacia is exploring options for new factories in Northern Africa, the Middle East, and Russia, complementing their current factories in Brazil and Romania.  Outsourcing the work to outside factories is also possible.

Exploiting their engine and platform sharing relationship with Nissan, the new Dacia Logan SUV will likely share similarities with the Nissan X-Trail, with a wide range of engine choices to boot.  With prices starting at €6,700 for the VAN and €8,200 for the MCV, it would not be surprising if the SUV had a starting price of €11,000.  However, if inflation in the Eurozone continues at its current rate, that number could certainly rize to €12,000 by the time it hits market.  Unfortunately, the base version will likely only be front-wheel-drive, rendering it mostly incapable of off-roading.