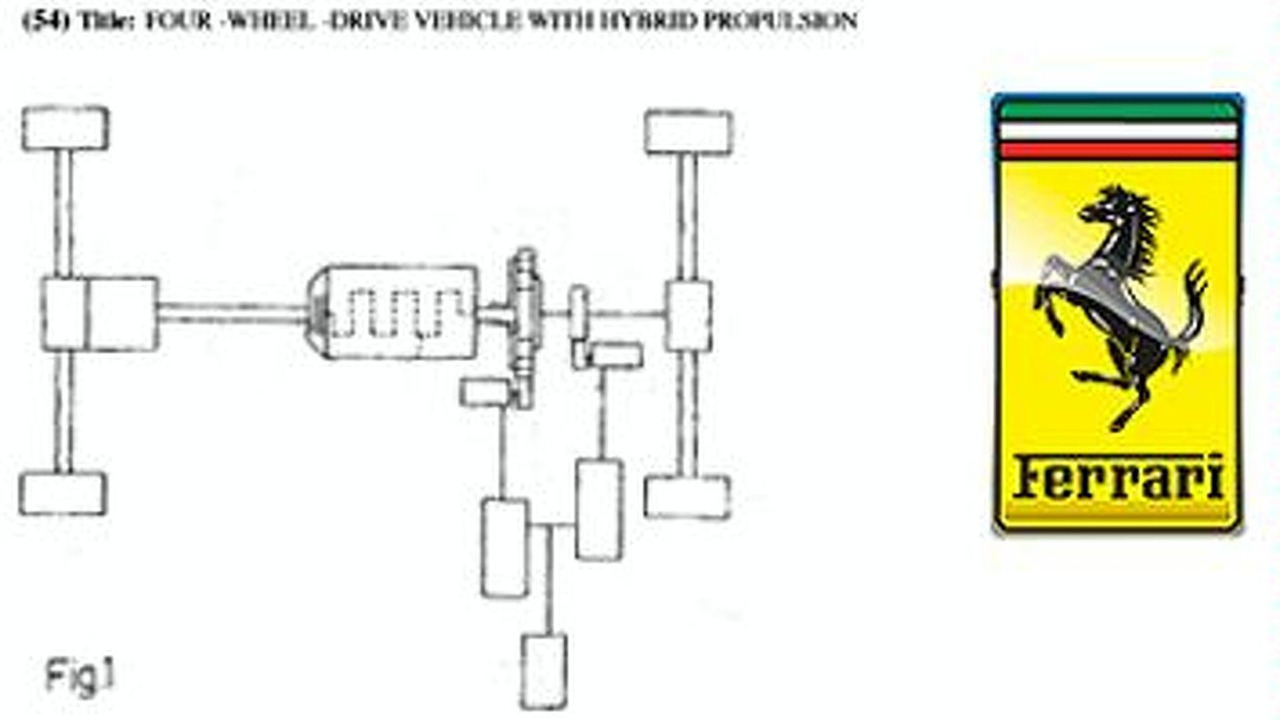 Ferrari has applied for a patent to cover six different hybrid layouts.

Ferrari has applied for a patent to cover their own version of a hybrid platform, reports Autocar.  In their application, they have introduced six different layout options.  Each of these has one common thread: an electric motor powers two wheels, with the combustion engine powering the other two.

Actually, that is not entirely accurate.  In some situations, Ferrari plans to use two electric motors placed inside the wheels, with the engine powering the other two.  According to the magazine, Ferrari's hybrid is not meant to improve fuel economy, but rather to further refine handling.

The magazine quoted the application as saying, "The aim of the present invention is to provide a four-wheel-drive vehicle with hybrid propulsion…and being at the same time easy and inexpensive to produce."

"The four-wheel drive that can be engaged enables the driver of the automobile to decide whether to use the rear drive or the four-wheel drive; in this way, the driver can use the rear drive in optimal conditions of adherence and can use the four- wheel drive in poor conditions of adherence," according to the application.  This system is supposed to be lighter weight, without degrading all-out performance full-time.

Autocar speculates that Ferrari would use the system in tandem with a start/stop, almost guaranteeing an improvement in fuel economy.  However, installing this system could have the unintended consequence of eliminating a Ferrari hallmark: the roaring sound of the engine heard when a driver takes off from a standstill.  One way around this might be to install a start/stop that the driver can switch on when there is nobody around to impress.