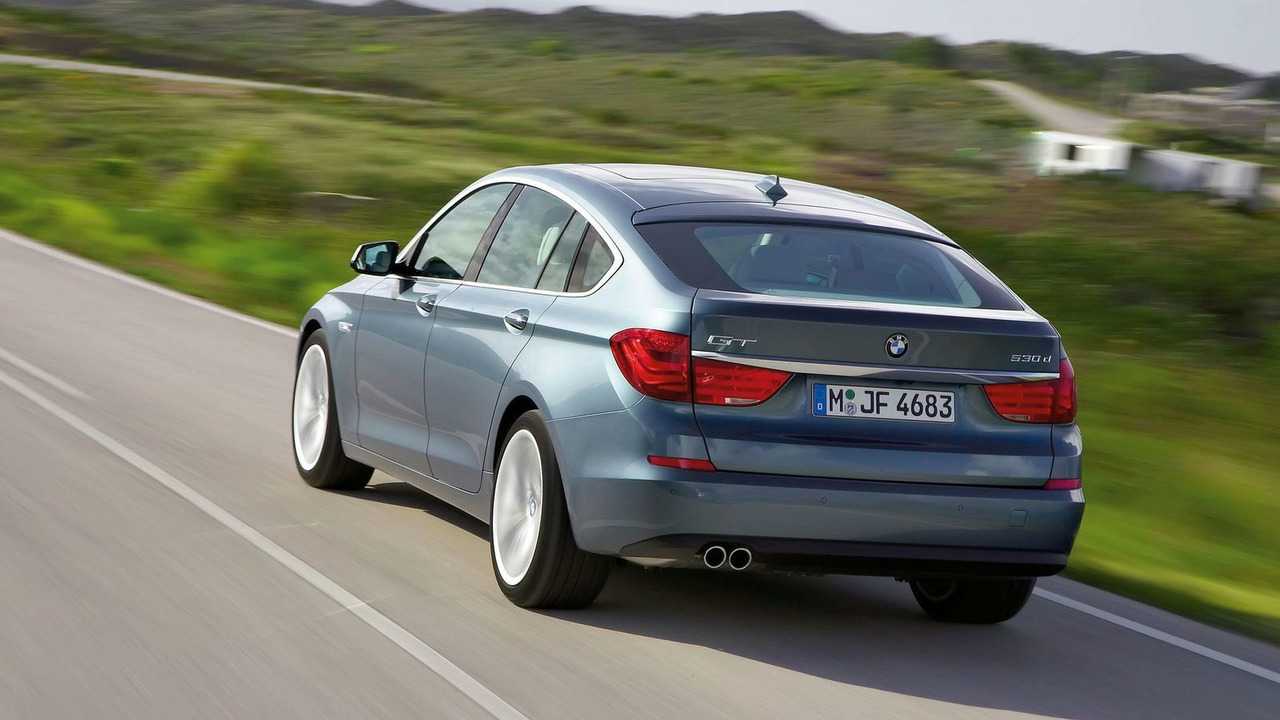 Now we get the official release with full details on the upcoming BMW 5-series Gran Turismo.

We've already seen much of the design characteristics of the GT, such as the movable rear seats which can provide the legroom of a 7-series or be adjusted forward for more luggage space (to a maximum capacity of 1,700 liters) under the rear hatch with a small trap door for easy access to the trunk.

What we want to know is what is coming under the hood.

Well, BMW has announced 3 different engine variants to start with. The 3.0 liter turbo-diesel is what BMW is using to sell the GT's fuel economy and ecological credentials. The 530d Gran Turismo, with 245 hp and 540 Nm of torque, comes with a fuel consumption rating of only 6.5 liters/100 km and a CO2 emissions rating of 173 g/km.

Okay, settled that issue. Now for the fun stuff.

On the more muscular side come the 535i and the 550i variants. The 535i comes with BMW's new straight-six gasoline/petrol engine, a 3.0 liter 6-cylinder TwinPower turbo with 306 hp and 400 Nm of torque. The 550i will feature BMW's powerhouse 4.4 liter, twin-turbo V8 gasoline/petrol power plant with 407 hp and 600 Nm of road-grinding torque.

BMW has confirmed that the Gran Turismo will come with its new 8-speed automatic transmission, so far only featured in the 760i 12-cylinder variant, which will provide nothing but smooth, effortless transitions between gears, no doubt.

The GT's suspension is made mostly of aluminum, with BMW's unique Integral-V rear axle and a double track control arm for the front. Dynamic Drive Control is standard which, along with the optional Adaptive Drive, works with the air suspension at the back and the infinitely variable dampers to assure the most black-bear-climbing-a-tree-like traction and control.

Available on the GT will also be BMW's usual range of technologically marveling bells and whistles, including such greatest hits as the iDrive with a 10.2 inch screen display, BMW ConnectDrive, Lane Departure Warning, Lane Change Warning, side, back and top view camera, just in case you want to turn your driving into a new style of filmmaking, and lots of other little items you will nod your head at in a gesture of impressed approval, brag to your friends about, but never really learn how to use.