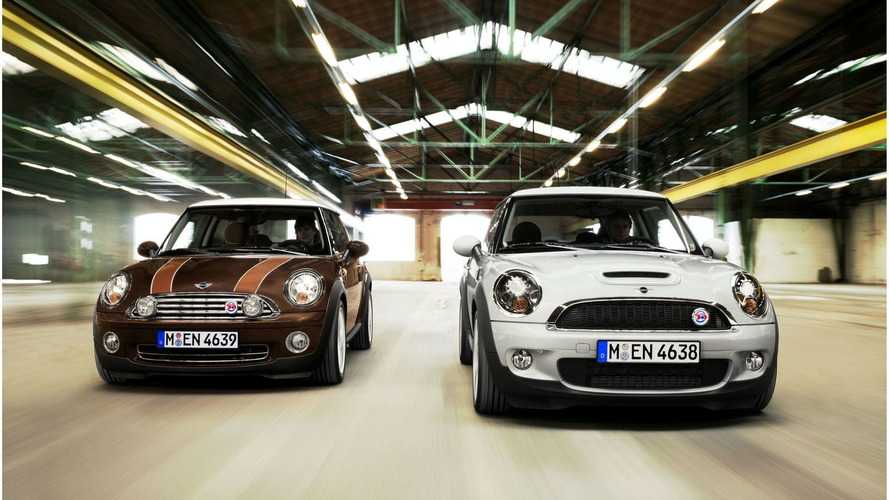 Two special editions of MINI are unveiled at the MINI United Festival. The two are named the MINI 50 Mayfair and MINI 50 Camden. They come in special colours and are fitted with unique extras.

MINI fans will be delighted to know there are new versions of their car. Both are named after two famous suburbs in Britain, the exclusive Mayfair and the trendy Camden, and they are accessorised to reflect as much. The two MINIs called the MINI 50 Mayfair and MINI 50 Camden are part of the brand's 50 year celebrations.

Mechanically they are the same as other MINIs in the range. Three models will be available and their production will go on for just one year. The MINI petrol engines are the 1.6-litre 88kW (120hp) four cylinder Cooper and the 128kW (175hp) twin scroll turbo Cooper S version. Also available are the MINI Cooper D 50 Mayfair and MINI Cooper D 50 Camden with their 80kW (110hp) turbo diesel motor that is said to return 3.9 litres/100km on the EU cycle.

Styling is important to the MINI market and so these special cars get something extra from the design department. Chrome trim is evident on the front grille and the number 50 is planted on the side of the grille on a placard.

Each model is different as stated earlier. The 50 Mayfair comes in a hot chocolate brown exterior colour. Optional colours are Pepper white and Midnight Black. The white wheels are 17-inches. The interior is packaged with features like Piano Black trim panels and Toffy Brown inlays. The 50 Camden features a Harman Cardon sound system with a digital amplifier, a USB port and an iPod jack.

Lots of other kit and features can be ticket off the box by buyers when the cars go on sale in September. They can be seen at the MINI United Festival which is currently taking place at the Silverstone race track.