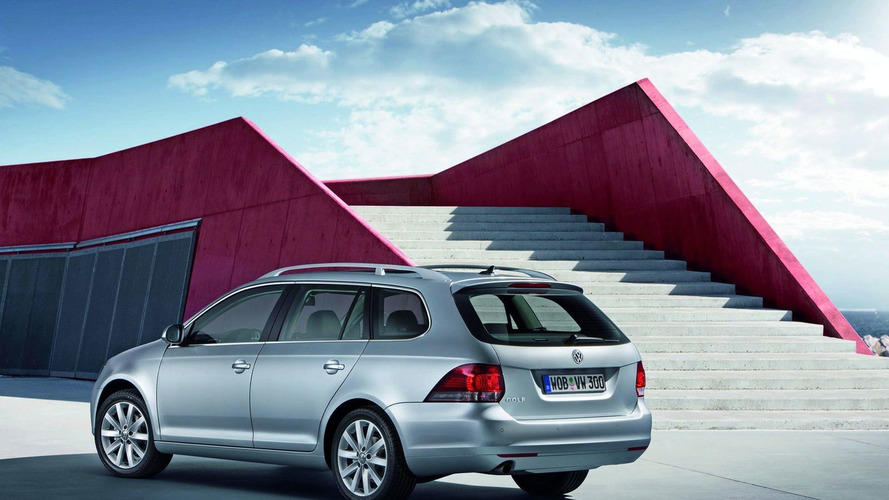 The Golf VI has spawn another body type in the Estate. Visually it is virtually the same, apart from the front end and rear, as the current car. Six engines are initially offered.

Volkswagen is presenting the Golf VI Estate but has gone even more conservative when it comes to styling the good-selling wagon. The biggest change to the exterior has to be the front end which comes straight off the Golf VI hatch. Some of the differences from the old Estate include new fenders, headlights and the radiator grille.

Rear end upgrades are the modified tail lights and new colour-coded bumpers. The tailpipes in both TDI and TSI models are now fully visible to the naked eye instead of being hidden beneath the bumper. Overall the car is clean and can perhaps be described as elegant.

Three trim levels can be ordered, namely the base Trendline, the Comfortline and the Highline. There will be no Sportline since it has been replaced by the Highline as the range topper.

Selected engines available during this initial launch stage are a TSI engine with 120 PS (90kW) and the two diesels, one making 105PS (77kW) and the other producing 140PS (103kW). Later on two Multipoint engines that respectively produce 80PS (59kW) and 102PS (75kW) each will join the list. A TSI engine of 160PS (118kW) will top the range at that point. The two transmissions on offer are the 6-speed manual and the DSG, the latter depending on which model is taken.

Some features that can be had with the Golf Estate are power windows all around, daytime running lights, six airbags, ESP, climate control and central locking.