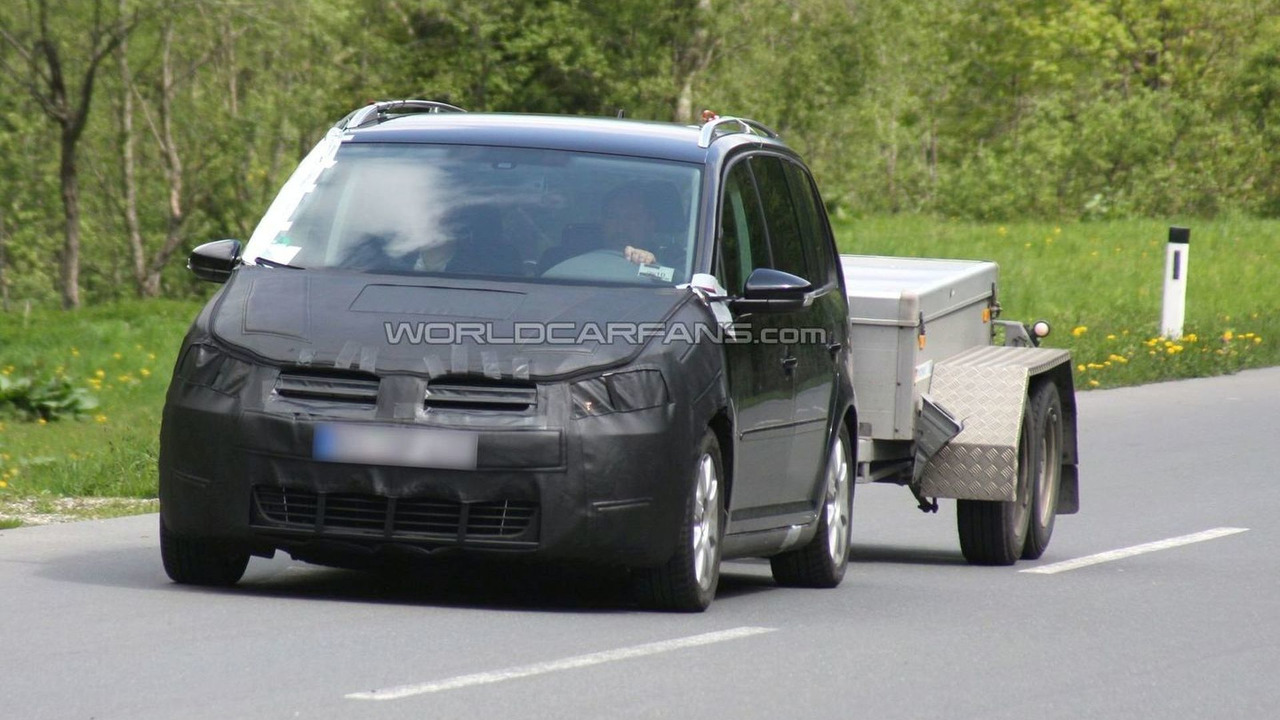 Spy pictures of the next-generation Volkswagen Touran have appeared. It was shot on public roads pulling a trailer. VW's versatile van could appear in Frankfurt later this year.

The next Volkswagen Touran has been spied testing on the streets with a trailer in tow. Though the mule uses the current Touran facelift for its body, underneath there lies the next-generation model. The Touran will take on the brand's new face which can already be seen on the Scirocco, the Golf VI and the new Polo. VW's versatile vehicle has been in the market since 2003 and it received a facelift in 2007.

Speculation is that because the current car, which is based on the expensive to build Golf V platform, VW is moving the next one's release date up in order to take advantage of the cheaper Golf VI platform.

Engines expected include the 1.4-litre TSI and the 1.6-litre. Turbo diesels are also popular in this segment so the 1.9 TDI as well as the 2.0 TDI will form the lineup. Mated to these engines are two gearboxes, the familiar 6-speed manual and the new 7-speed DSG.

Gadgets on the menu would be things like the self-park function, touch screen satellite navigation and lane assist.

It would not be a surprise to see the Touran at the Frankfurt Motor Show this September.