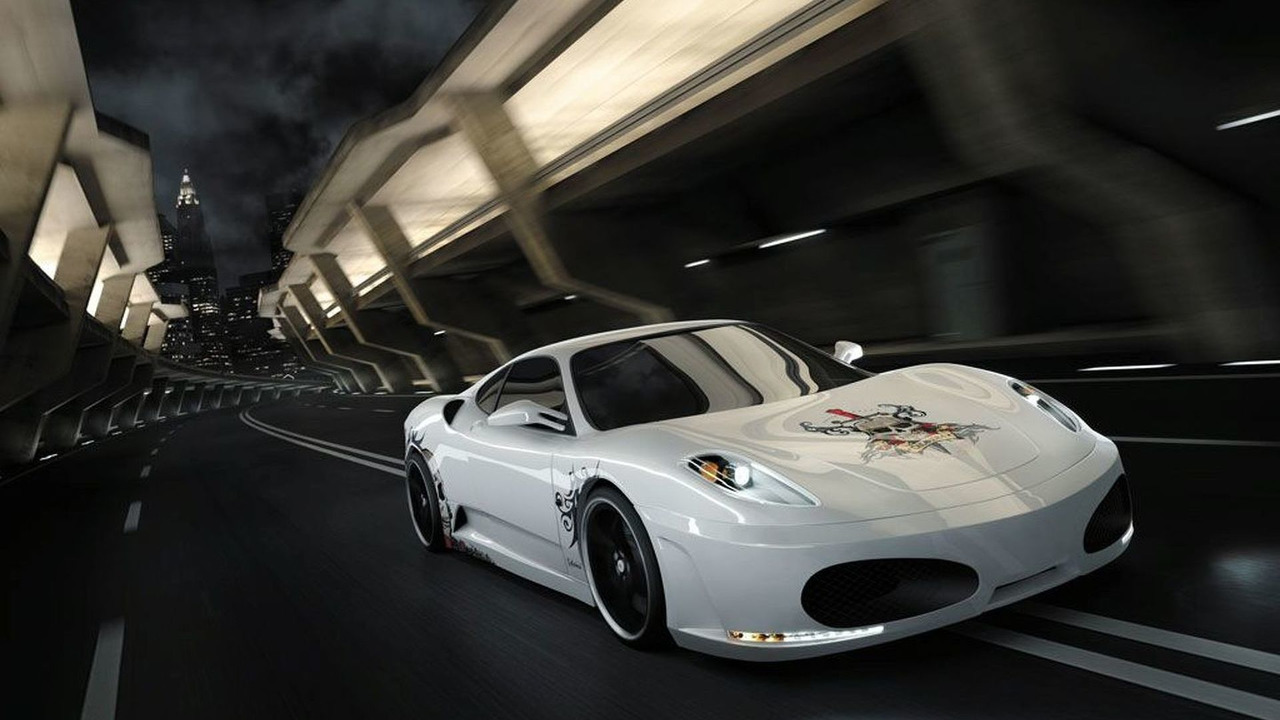 Unique Sportscars and Novitec Rosso have teamed up to create a limited production run of 11 specially designed Ferrari F430s.

Unique Sportscars and Novitec Rosso have teamed up to create a limited production run of 11 specially designed Ferrari F430s.

Dubbed the Calavera, the unique supercars are based on Novitec Rosso's Ferrari F430 Race and feature an airbrushed exterior by artist Knud Tiroch. As one would expect, the exterior prominently boasts a large skull on the hood (Calavera is Spanish for skull), darkened taillights, tinted windows, and 20-inch wheels. The interior also gets a modest makeover with embroidered seats, an elongated center console, and iPod connectivity.

Like the F430 Race, the Calavera is powered by a twin-supercharged version of Ferrari's 4.3-liter V8 engine which produces 707 horsepower and 712 Nm of torque. Thanks to Novitec Rosso's superchargers, the F430 Calavera rockets from 0-100 km/h in 3.5 seconds before hitting a top speed of 348 km/h (216 mph). Other performance goodies include a Novitec Rosso front spoiler and rear wing, revised gear ratios, and a lowered sports suspension.