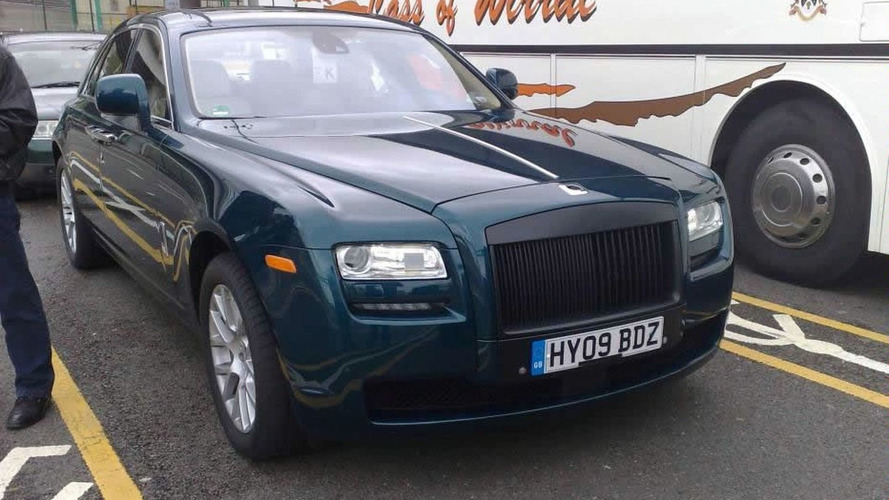 A sharp-eyed observer managed to catch this virtually undisguised 2010 Rolls-Royce Ghost at the Calais - Dover ferry crossing in England.

Looking nearly identical to 200EX Concept, this production ready prototype shows us what to expect when the Ghost is officially unveiled at the Frankfurt Motor Show in September. Differences between the concept and production version seem to include colored turn signal indicators, a revised front bumper with a center support, and a slightly modified steering wheel.