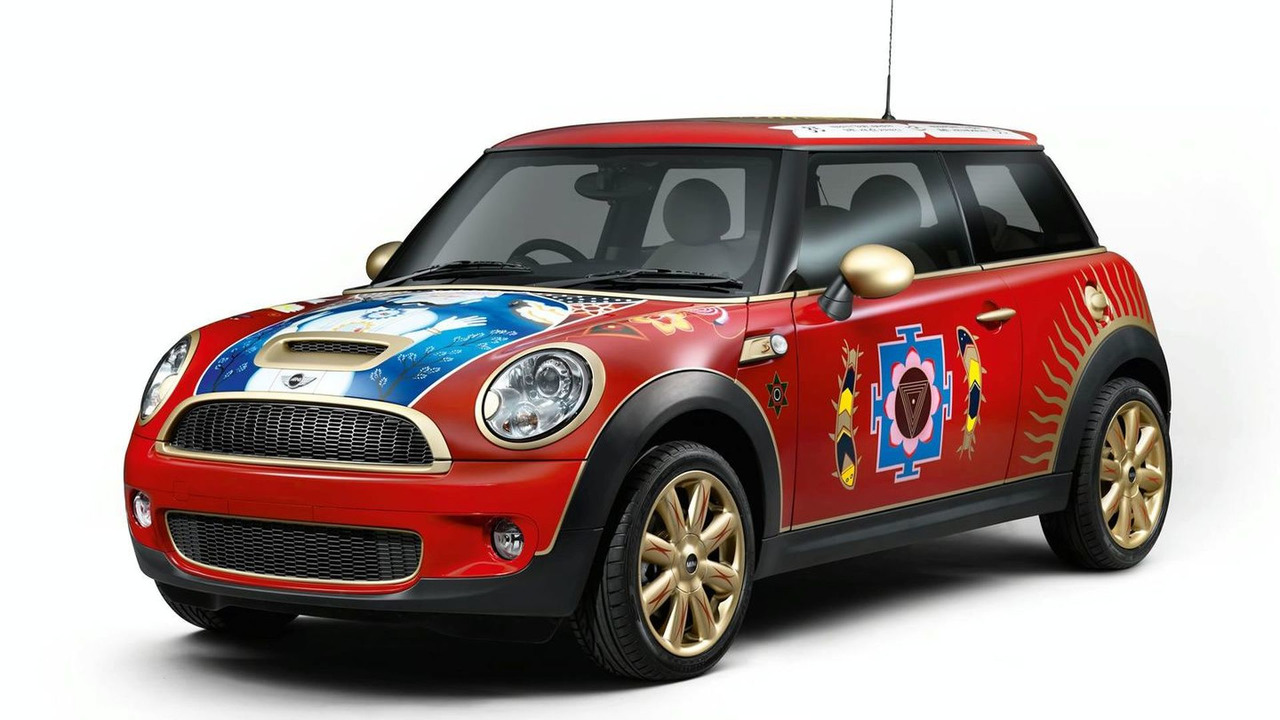 Former Beatle George Harrison's psychedelic 1966 Mini Cooper S gains a modern interpretation. The new car will be shown at the MINI 50th birthday celebrations in Silverstone which take place from 22 May.

MINI celebrates 50 years of existence in 2009. A big three-day event to commemorate this milestone takes place at Silverstone in the UK from 22 May. There will be song, dance, food, racing and a whole range of other activities during the festivities.

One of the attractions will undoubtedly be the one-off George Harrison MINI which is a new interpretation of the original car that the famous Beatle owned. The car is designed with psychedelic images just like the 1966 car Harrison owned. Each of the Fab Four were given a Mini Cooper S by their manager in 1966 as a gift. Harrison got his painted in these psychedelic images in reflection of the zeitgeist of the 1960s. The Mini was even featured in The Beatles' 1967 TV movie Magical Mystery Tour.

The car will be given to his widow Olivia Harrison who will accept it on behalf of his Material World Charitable Foundation. She was involved in bringing the look back to life.

"George was a huge MINI fan," said Mrs Harrison, "and he would have enjoyed creating this new version. The fact that MINI's anniversary celebrations will also benefit our Foundation has made it an enjoyable as well as meaningful collaboration."