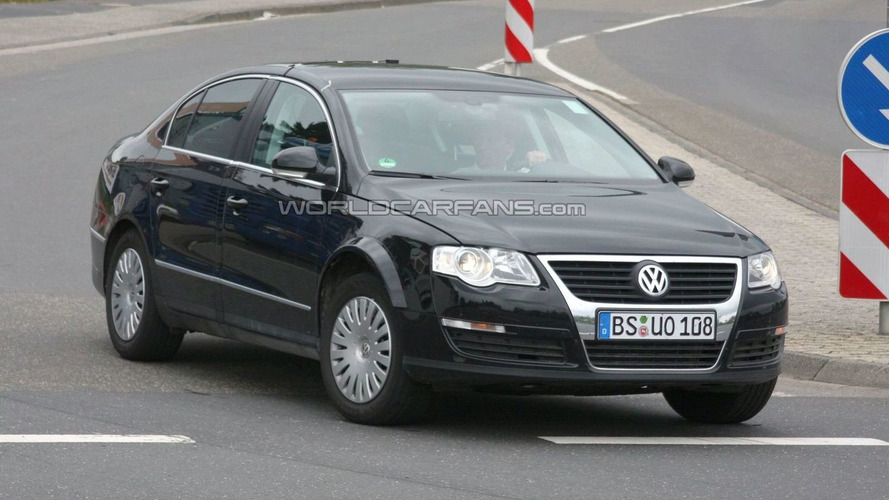 While the mule wears the current Passat body, we can see slight modifications in the form of wider wheel wells and lengthened B-pillars. This clearly indicates that the next generation Passat will be longer and wider than today's model.

In terms of exterior design, the new Passat is expected to ditch the current model's bland styling for a more aggressive appearance which is both luxurious and dynamic.

According to CAR magazine, the redesigned Passat will feature a host of weight saving technologies such as ultra-thin glass, foam chassis reinforcements, and a low-friction 4Motion all-wheel drive system. Other technologies are likely to include an automatic parking system, "airless" Continental tires, an advanced window cleaning system that doesn't use traditional wipers, 360° parking cameras, adaptive cruise control with speed limit monitoring, and possibly even a sci-fi low-voltage magnetic paint which will allow owners to change the car's exterior color by adjusting the current.

Power will continue to be provided by a variety of engines including a 3.0-liter V6 with 280 hp, an unspecified replacement for the VR6, and possibly a new diesel engine with 300 hp and an eight-speed DSG transmission. Volkswagen is also expected to offer a hybrid version of the 3.0-liter V6.