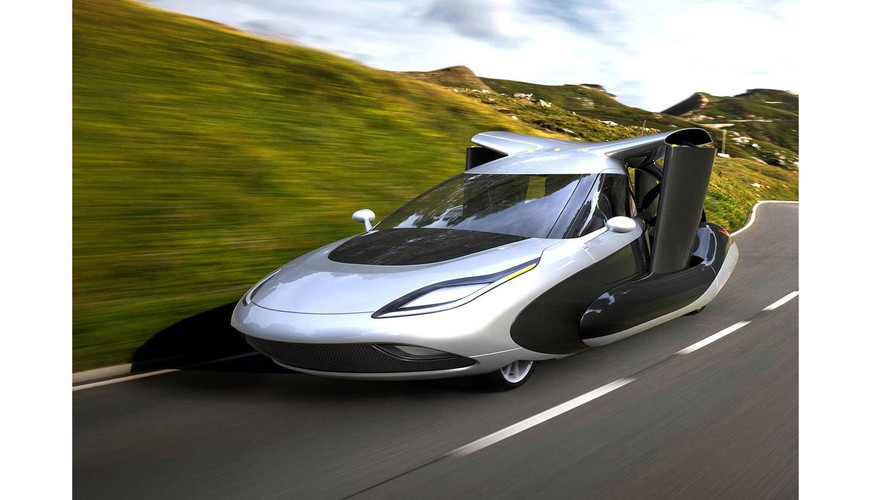 Could we see flying Volvos in the next 10 years?

As much as people complain about not having flying cars yet, the notion of such a thing is actually terrifying. Think about how many automobile crashes already occur in just two dimensions, and we want to add a third? Thankfully, Volvo could be stepping into the arena, and be honest – if you’re going to go for your first-ever ride in a flying car, is there anything you'd feel safer in than a Volvo?

Whether or not the future involves airborne Swedish tanks is unclear, but we’re off to a start. Volvo’s parent company Geely has purchased Terrafugia, a flying-car start-up which, aside from having a cool sci-fi name, also has a bona-fide prototype design called the Transition which is flying right now.

Yes, this car is basically an airplane with folding wings, four wheels, and two seats. It’s not exactly practical as far as cars go, and that’s before you consider that it needs a legitimate runway to take flight and return to earth. Fear not, for Terrafugia was started by a bunch of MIT graduates, which means there’s some serious brainpower behind the company. That’s why their proposed second car called the TF-X is really the one to keep an eye on.

Unlike the Transition, the TF-X is much more car-based. It still has folding wings, but at the tips are engine nacelles not unlike what you find on the military’s V-22 Osprey transport. The V stands for vertical, as in vertical takeoff and that’s exactly what the TF-X can do. Drive it like a car, then extend the short wings and turn the engines vertical for a straight-up takeoff, no runway required. Once in the air, rotate the nacelles forward and away you go.

According to The Detroit Bureau, Terrafugia already has a prototype of the TF-X flying. With Geely purchasing the company, that opens up a considerable amount of funding to kick the TF-X program into high gear. In the meantime, the company has convinced the Federal Aviation Administration to classify the Transition as a Light Sport Aircraft, which makes it a bit easier to obtain a pilot’s license. In theory, the TF-X would receive similar classification, but don't worry about the average soccer mom or crazy Mustang driver taking to the skies. In this case, "easier" still means a lengthy training and certification process far beyond driver education that would be required to get a license.

If all goes according to plan, Terrafugia could have production-ready flying cars that actually have practical function as both a car and an airplane in the next 10 years. Here’s hoping Geely injects some of Volvo’s indestructible formula into the design, because if humanity is finally ready for flying cars, that will at least give us a fighting chance to survive the early years.