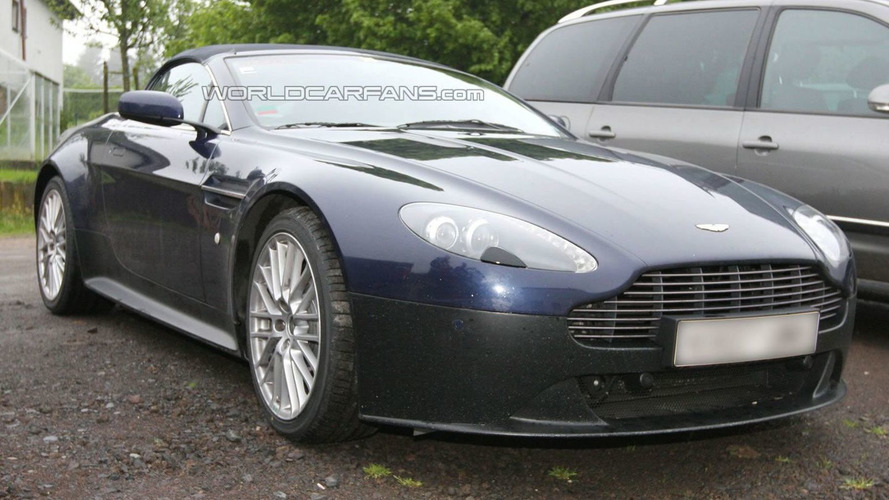 The Aston Martin V12 Vantage Roadster was spied out in the open for the first time. Powering the exclusive soft-top AM is a 6.0-litre V12 that pushes out 517PS.

When Aston Martin announced that the new V12 Vantage will be limited to just 1,000 examples, it became clear how rare the car would be. You can bet its Roadster sibling will be just as exclusive if not more so. Spied out in the open for the first time, the Roadster has stuck to the traditional definition of a roadster by using a canvass roof instead of a convertible hard top.

The same 6.0-litre V12 found in the coupe also makes its mark in the Roadster. It produces a heady 380kW (517PS) of power and maximum torque of 570Nm. Mated with the engine will be a 6-speed manual transmission.

The coupe propels from 0 - 62mph in 4.2 seconds while the speedo needle eventually stops at 190mph (305km/h). Given the same circumstances roadsters usually can't sprint away as quickly as their tin top counterparts because of the extra weight brought on by the former's roof mechanisms. So expect a time of around 4.4 seconds for the 0 - 62mph run.

Performance features to be inherited from the coupe should include Dynamic Stability Control, carbon-ceramic brakes and a multi-mode powertrain that has "normal" and "sport" modes.

Aston Martin chose to unveil the V12 Vantage coupe at the 2009 Geneva Motor Show. The Roadster will follow through a public unveiling at the 2009 Frankfurt Motor Show.