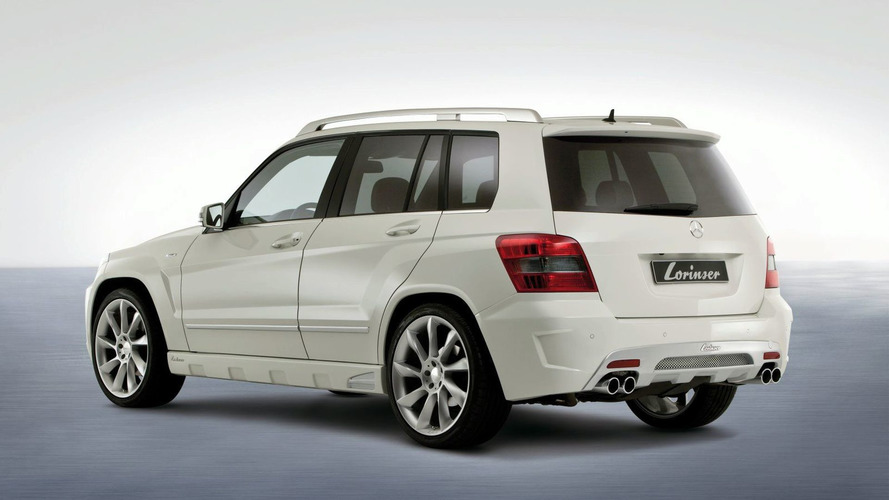 After months of waiting, we finally have some official word from Lorinser about the changes they made to the Mercedes-Benz GLK. We still want to know more!

After literally waiting months and months for official details, Lorinser has finally released some information, although minimal, about the Lorinser-tuned Mercedes GLK. In case you do not remember, we first told you about the luxe SUV back in August, when the company released advanced-stage sketches. Then, we brought you pictures of the vehicle in November, taken after the unveiling at the Essen Motor Show.

Nearly a half-year later, we can finally share some official photos with you. Lorinser has tried to build an all-or-nothing vehicle capable of true off-roading, without losing performance features, or ride comfort. Although the company has not said much about how they keep the comfort factor, they have relayed many of the off-road touches.

A new Swabian body kit surrounds the SUV, which includes a body-colored Lorinser spoiler bumper, with new insets for fog lamps. Engineers wanted to make the vehicle look more like it has the sturdiness of a bull bar-adorned truck, but without losing a nice exterior design. The bumpers were cornered off, in order to show "the visual link between the indicated underride protection elements on the front and the rear, as well as the Lorinser side sills."

A bulkier rear bumper was meant to add a more "muscular" look. The center rear has been redesigned to incorporate quad exhaust and a sports grille. Several Lorinser-designed light alloys are also available for their GLK.

Unfortunately, there are still no details about what -if any- performance upgrades have been made. Since no information was released about any suspension changes, we assume none were made. Regardless, the Lorinser Mercedes GLK does look nice, particularly in white. Pricing should be available on their website soon.