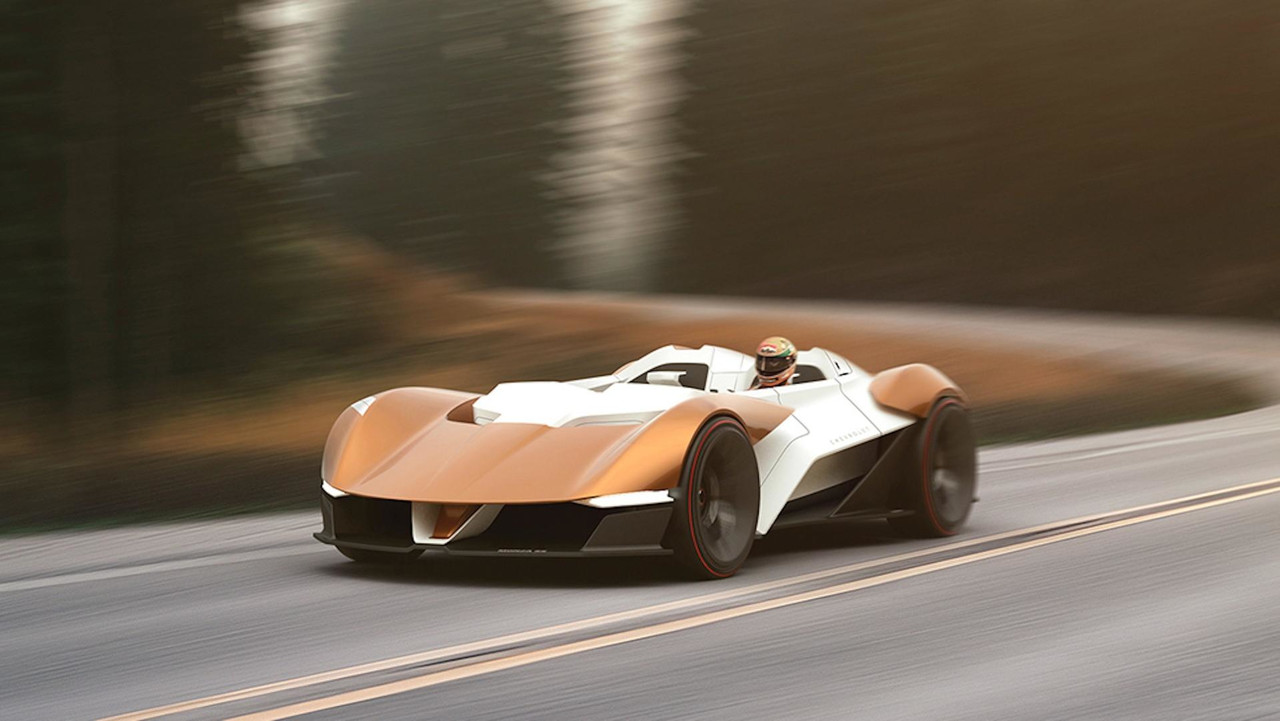 The Monza nameplate lives on in this handsome rendering.

Chevy built the Monza coupe for a scant five years before production ended in 1980. The nameplate lived on a little longer across the pond wearing an Opel badge, ending production in 1986. But the Monza as a whole really lived up to the success of the Camaro that came just a few years earlier, and the Corvette that kicked off production more than 20 years prior.

In an effort to revive the nameplate here and now in 2017, rendering artist Utsav Shah, a student at the Academy of Art University in San Francisco, California, has digitally imagined a modern-day Monza for use on the track – and it looks stunning.

The concept is a far cry from the original Monza, ditching the 2+2 layout in place of a two-seat, open-top angle instead. The concept is meant to represent a "symbiotic human to roadster relationship," drawing inspiration from sports cars like the Mazda Miata, as well as hybrids like the Toyota Prius.

The Monza SS concept is immersive, gaming inspired, and ready for use on the track, says the artist, and the chassis would be constructed entirely using 3D printing. "Our purpose on this study is to engage users in a new performance experience," says Shah. "Improving aerodynamics, allowing air to stream back behind the head feeding the turbochargers creating speed boost."

Though the concept shares virtual no design similarities with the current Chevy, it dons a unique look nonetheless. The front fascia is sleek and aggressive. The headlights are slim, and the open grille allows airflow to easily pass over the body. The only noticeable nod to Chevy is the dual stripes located on the front fender, an homage to the Corvette Grand Sport.

The concept was sponsored by Chevrolet, and made its 1:3 scale model debut at the Academy of Art University Spring Show earlier this year. It won’t be joining the Chevy lineup anytime soon, unfortunately, but it remains a unique idea all the same.