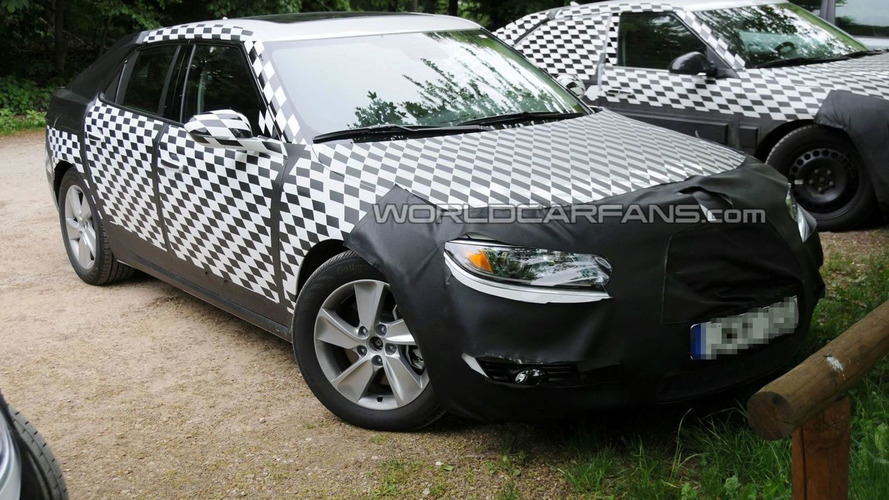 Front and rear lights with LEDs have been revealed on a disguised next-generation SAAB 9-5. We will see it do the full monty at the Frankfurt Motor Show.

The next-generation SAAB 9-5 seems to be hogging a great deal of the spotlight lately. These spy pictures follow closely to another recent batch on the Nurburgring and winter testing video. This time SAAB has loosened up a bit on the black disguises and revealed both the front and rear lights. As is now customary in the auto world, both sets will have LEDs.

Nothing is confirmed as far as engine details are concerned. But it is safe to assume that existing General Motors family powerplants will be sourced to form the basis for the range. Therefore SAAB will stay true with turbo technology which includes a 2.0-litre petrol turbo worth 210hp (155kW) and a 2.8-litre V6 producing about 258hp (190kW).

The 9-5 may be a conservative executive sedan in the mould of Volvo's S80 or Lexus' GS, yet this time its overall design seems to have broken through into the domain of modern four-door coupes such as the Mercedes CLS-Class and upcoming Audi A5 Sportback/A7. The roofline is sloping, the wheelbase is longer and the roof is higher.

More will come before the official reveal at the 2009 Frankfurt Motor Show.