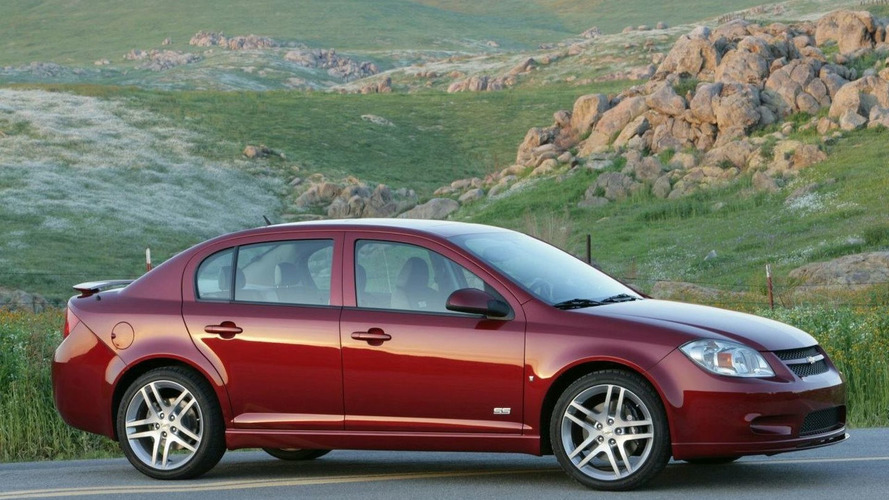 The sedan will be powered by the same engine as the coupe, namely the 2.0 liter Ecotec engine sourced from Opel and produces 260 hp.

Later this year (second quarter to be precise) the 2008 Chevrolet Cobalt SS Coupe will go on sale in the United States, and following the coupe by a few months as a 2009 Model Year Chevrolet will release the 2009 Chevrolet Cobalt SS Sedan. General Motors released a single preview image today.

The 2009 Chevrolet Cobalt SS Sedan was present at a 2008 Cobalt SS Coupe press driving event, but was not available for an actual driving session. The sedan will be powered by the same engine as the coupe, namely the 2.0 liter Ecotec engine sourced from Opel and produces 260 hp. The turbocharged engine is also found in the Pontiac Solstice, Chevy HHR SS, Opel Astra OPC and possibly even the upcoming Chevrolet Camaro if fuel prices continue to rise.

We are fully expecting performance for sedan to be very similar to the coupe, which should result in an approximate 0-60 mph time of 5.7 seconds. GM claims that the 08 Cobalt SS Coupe set a class record Nurburgring time of 8:22.85 minutes earlier this year, beating for instance the Mazda 3 MPS by 17 seconds.

The 08 Cobalt SS Coupe is priced at USD 22,995 so we are expecting the sedan to fetch a similar price at dealerships when it goes on sale, most likely the third quarter of 2008.