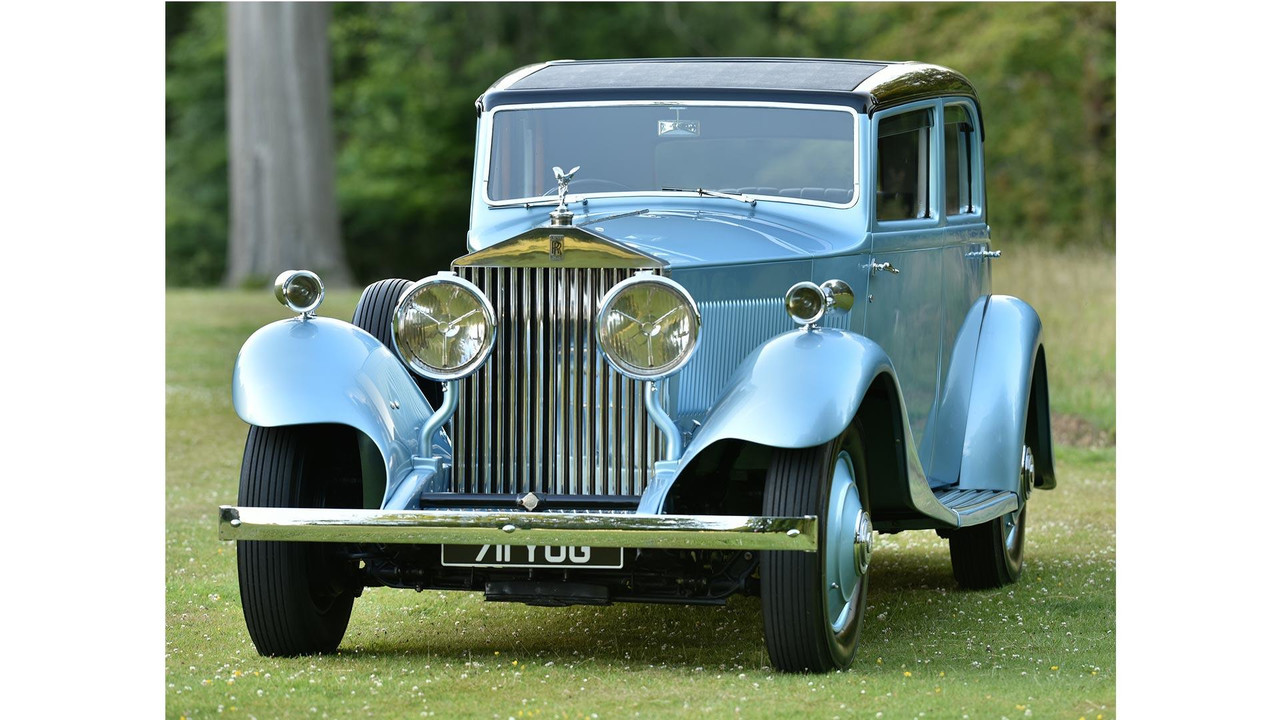 Rolls will display eight important Phantoms in London to coincide with the launch of the new generation.

Sir Malcolm Campbell was the fastest man in the world in the 1920s and ‘30s by setting multiple land and water speed records. His 1933 Rolls-Royce Phantom II Continental will be among the eight Phantoms on display at Bonhams on Bond Street in London on July 27, including the new generation of the opulent model.

Even after so much success, Campbell wanted more. In 1933, he set out to reach 300 miles per hour (483 kilometers per hour) on land, and he intended to use a 2,300-horsepower (1,715-kilowatt) 36.5-liter Rolls-Royce R aero engine to do it. Campbell came initially came up a little short by hitting 272 mpg (438 kph) at Daytona Beach, Florida, but celebrated by buying a new Rolls Phantom Continental, which was the sporty, short-wheelbase variant in the range. Campbell eventually broke the 300-mph barrier at the Bonneville Salt Flats in 1935.

Campbell’s Phantom Continental featured a touring saloon body by Barker. His car featured a radio, spotlight, and an exhaust nine inches longer than normal. Plus, there’s no worry about getting motorists’ attention because there’s a klaxon horn, another horn from Bosch, and a siren. The light blue paint had a pearlescent finish thanks to ground herring scales in the paint.

The other Phantoms on display at Bonhams will include British Field Marshal Bernard “Monty” Montgomery’s 1936 Phantom III with its unique windshield and Fred Astaire’s 1927 Phantom I.

The eighth-generation Phantom won’t look much different from the current model. The big Rolls will ride on BMW’s CLAR platform from the latest 7 Series. The new chassis will likely mean significant weight loss. The cabin will receive major technology upgrades, including a digital instrument cluster. Buyers will likely still find a V12 under the hood. Spy shots already show the long-wheelbase variant under development.

At the height of his pursuit of a new land speed record in the 1930’s, Sir Malcolm Campbell began a relationship with Rolls-Royce that would take him to glory and help him celebrate it.

At the end of 1932 Campbell had won prestigious Grand Prix races, broken the land speed world record not once but six times, and had been knighted by King George V. He had nothing left to prove. He was the fastest man on land and yet, as restless as ever, he wanted to take a crack at the 300mph barrier, the automotive equivalent of the four-minute mile. He believed that the only engine that could power his Blue Bird to this speed was a 36.5L Rolls-Royce R aero engine, which generated a staggering 2,300 horsepower.

The short-wheelbase Continental had been introduced in 1930 as a ‘sportier’ version of the Phantom II, which had debuted a year earlier. The Continental, with its improved balance and springing, was capable of 95mph – modest by Campbell's standards, but positively head-spinning for a car weighing almost two and a half tons.

The Motor magazine commented that the Phantom II Continental was 'Powerful, docile, delightfully easy to control and a thoroughbred, it behaves in a manner which is difficult to convey without seeming to over-praise.”

Although AGO 1 was bodied by coachbuilders Barker as a 'standardised touring saloon', there were some Bespoke modifications ordered by Campbell. These included a wireless set, fire extinguisher, spotlight, an exhaust pipe specified as nine-inches longer than the norm (probably to create an exhaust note closer to the Blue Bird's roar), a klaxon horn, a Bosch horn and a siren. Clearly this king of speed wanted people to know he was coming through! Even on public roads, Campbell’s fondness for going fast was well known.

And the colour? Pale blue, of course, with darker blue leather trim and a black roof. The pearlescent glow of the bodywork was apparently achieved by Rolls-Royce's use of ground herring scales in the paint. Campbell must have been pleased, for he penned a promotional brochure for the Phantom II entitled ‘The best Rolls-Royce yet produced,’

Bonhams
Bonhams and the Rolls-Royce marque have long been entwined, with some of the most historically significant and luxurious models crossing the block at the international auction house’s sales over the years. Indeed, Bonhams hold the world-auction record for the marque with the sale of ‘The Corgi’ 1912 Silver Ghost at £4,705,000 in 2012.

The Silver Ghost was in production until 1925 and replaced by another legendary model, the New Phantom. In December 2016, Bonhams sold one of the most famous Rolls-Royce Phantoms ever built - the 1926 Rolls-Royce Phantom I, nicknamed ‘The Phantom of Love,’ which sold for £561,500 at the Bond Street Sale. Commissioned by Clarence Warren Gasque for his wife Maude, a Woolworth heiress, money was no object. Gasque demanded that the style be French and that the car surpass the luxury of any previous Rolls-Royce sold. He certainly had his way, as the car’s painted ceiling, elegant polished satinwood, drinks cabinet, ormolu clock and self-styled coat of arms affixed to the doors combined to create a vehicle more akin to the throne room of Versailles than a motor car. It is, without doubt, one of the very finest examples of art and craftsmanship applied to an automobile, and encapsulates the elegance and style that has come to embody Rolls-Royce.

James Knight, Group Motoring Chairman of Bonhams, commented, ‘‘We are delighted to be the venue for this singular celebration of the Rolls-Royce Phantom, as Bonhams has had a long history with Rolls-Royce. Bonhams has sold some of the most astounding Rolls-Royce motor cars ever created, including ‘The Phantom of Love’ sold in London earlier this year, The ex-Marlene Dietrich Phantom I ‘ and the ex-Jack L. Warner Phantom I Transformal Phaeton.”

‘The Great Eight Phantoms’, a Rolls-Royce Exhibition, will take place at Bonhams international flagship saleroom and galleries in New Bond Street, London from 29 July till 2 August.