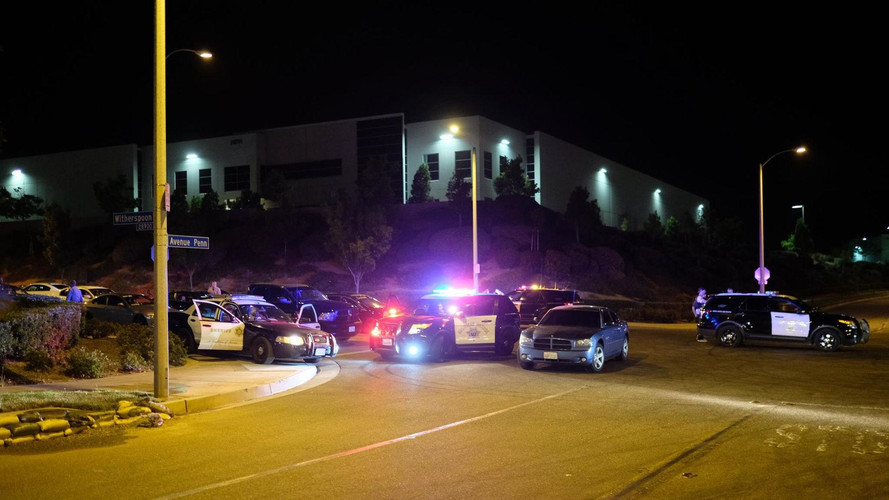 Everyone lost the race that night.

It goes without saying that around the Motor1 office, street racing is looked upon with the same measure of stupidity as a using superglue for sunscreen. It’s not as if this activity just suddenly sprung up out of thin air – people have been street racing in some form or another since the second car was built. It’s never good, but sometimes you just have to wonder what the hell some of these people are thinking.

Take the latest street racing bust in Southern California, which happened last week the in north Los Angeles suburb of Castaic. Apparently there’s a neat stretch of road in an industrial district that doesn’t see much traffic after hours, which would be the perfect place for a little bit of illegal competition if, you know, people could keep it a secret. Considering over 100 people were arrested with another 100-plus people getting tickets for just being there, it seems this street race was the worst kept secret in town before the cops found out about it. Then again, street racing and common sense aren’t typically bedfellows.

According to KTLA in Los Angeles, the LA County Sheriff’s Department arrested 109 people for racing. The report says only seven vehicles were towed, so presumably other drivers were on-hand to save them from the crusher. And in the best-ever example of guilty by association, 102 people were ticketed for just being there as spectators.

Recently, another north Los Angeles suburb installed rumble strips in an attempt to deter street racing on a stretch of road known locally as the Canoga Speedway. It’s a pilot program, but already authorities are seeing a drop in speeding. If it holds up, we could be seeing more rumble strips in sleepy sections of towns across the country. We don't have a problem with that.

This should be a given by now. There are way too many variables that put not only yourself at risk, but others as well. The facepalm in all of this is that a vast majority of would-be racers in the United States live no more than one hour from some kind of race track, be in a road course or drag strip. And the minor cost for entry removes the public risk from the equation, not to mention increasing your safety with on-site medical teams. And oh yeah, you won't get arrested either.

In other words, don’t street race. It's so not worth it.