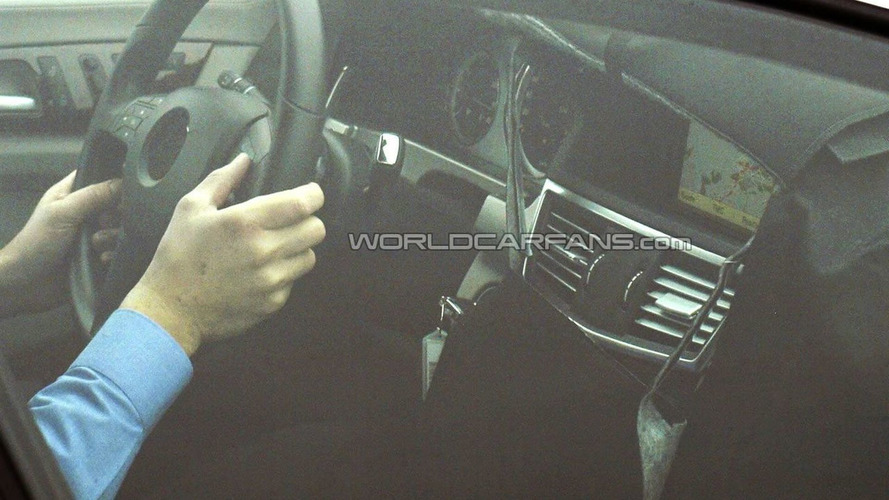 The 2011 Mercedes-Benz CLS has been spied with a slightly uncovered front interior. Not much can be seen but one or two features may prove to be interesting.

Most of what is revealed can be summed up in three words: typical Mercedes-Benz. The key hole is on the dashboard and the key is stuck into it. There may be a start/stop button as well but it seems the good old key is king on this specific prototype. The driver's seat-adjustment buttons are located on the door and are shaped like the seat in question. The sat nav system seems to be functional so there's nothing new on that front.

The upcoming CLS four-door coupe will aim to improve on the segment-pioneering work of the 2004 CLS which introduced the concept of two extra doors on a coupe-like shape in its market segment. Since then Porsche and Aston Martin have announced entrants too while Audi's competitor has been spied in testing and speculated to be shaped after the 2009 Sportback concept.