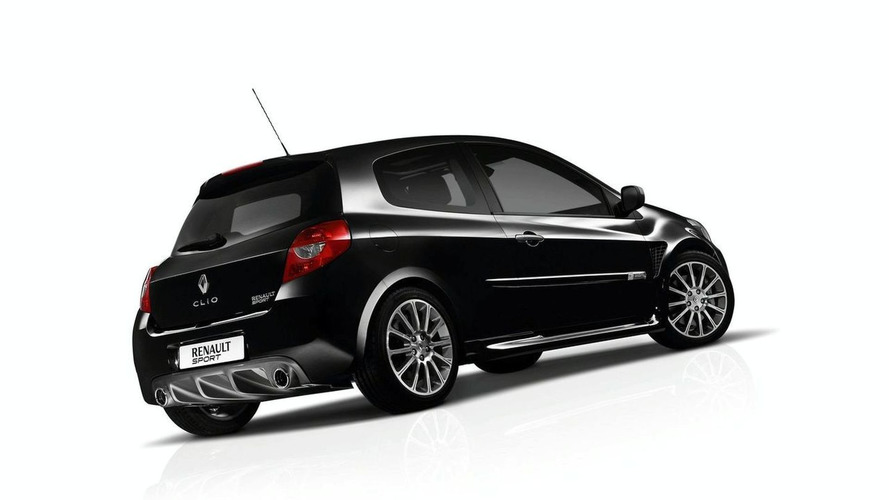 Prices start at £15,750 (17,544 euros) for the Clio Renaultsport 200 Cup edition - a model with a chassis tweaked for better performance. The standard Renaultsport 200 comes better equipped and geared for comfort and costs 1,000 pounds more.

Renault has announced full details and pricing for the Clio RS 200 and RS 200 Cup.

The new Clio Renaultsport 200 and 200 Cup come with a mere 3 additional horsepower over the previous generation but Renault promises an improved performance through weight reduction, aerodynamics and a few other touches derived from their Formula One expertise.

The car stands a little wider than its predecessor, with Renault having extended the track by 48mm at the front and 50mm at the back. This has led to wider front and rear wings, with complimentary front air extractor and rear diffuser, which in concert with the other features like the front blade, makes the car look seriously muscled-up compared to the standard design.

As well as sleeking out the design, the aerodynamics also greatly improve downforce and air flow leading to a drag coefficient of 0.75, which is exceptional for a hatchback.

The new color of Alien Green has also been added to the palette of paints available for this steaming hot hatch.

Pricing starts at £15,750 (17,544 euros) for the Clio Renaultsport 200 Cup, which comes with a chassis specially tweaked for performance, and 1,000 pounds more for the better equipped RS 200, geared a little more towards comfort.