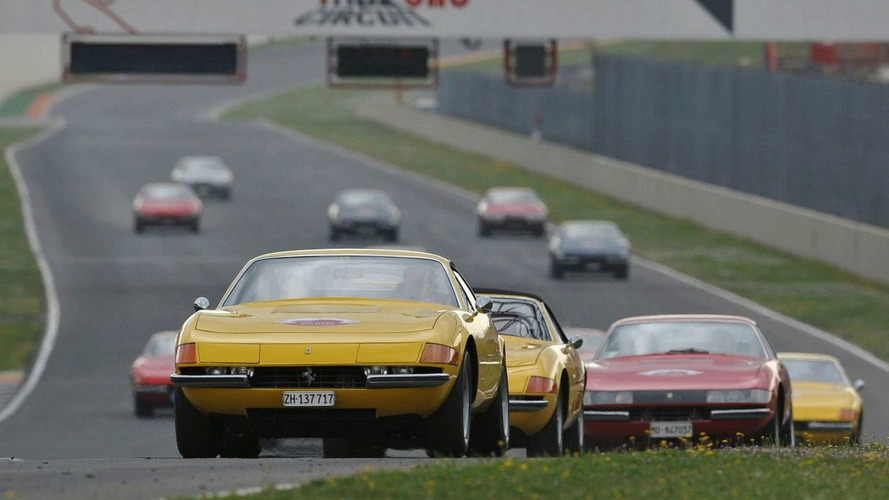 Organized by Ferrari to celebrate the 40th anniversary of the 365 GTB4, nicknamed "Daytona" due to the legendary triple win of the Prancing Horse at the 24 Hours of Daytona in 1967.

The Ferrari 365 GTB4 was nicknamed the Daytona after its legendary triple, side-by-side win at the 24 Hours of Daytona in 1967. This win took place mid-June 1967, so this weekend's 40th anniversary celebration is over half a year late but Ferrari wanted to celebrate in style and the second Mugello Historic Festival was the first appropriate event after the car made an appearance at the Geneva Motor Show.

Yesterday, 20 Ferrari 365 GTB/4 Daytona's took to the Ferrari owned Mugello circuit in Tuscany, Italy after the regularity races (Group A was won by Peter Heuberg in his 1956 Maserati 250 F, Group B was won by Marc Devis in his 1956 Maserati 250 SI and Group C was won by Irvine Laidlaw in his 1972 Ferrari 312 PB). The Ferrari Daytona's raced on the "Circuito delle tre province", the 300 kilometer route where Enzo Ferrari ended his racing career.