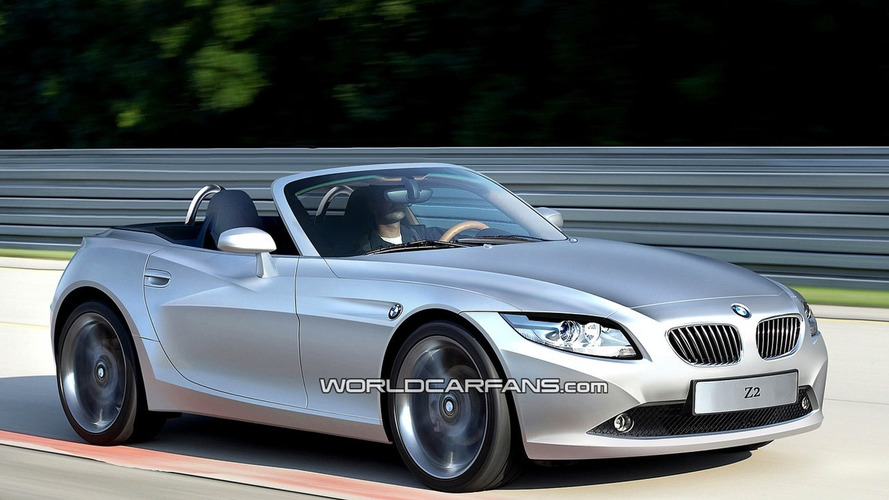 According to reports BMW will officially unveil a concept version of their on-again, off-again Z2 roadster at the Frankfurt Motor Show in September.

According to BimmerFile.com BMW will officially unveil a concept version of their on-again, off-again Z2 roadster at the Frankfurt Motor Show in September.

Although details are still sketchy, it seems that the Z2 will be built on the same platform as the next generation 1-Series. Constructed using the latest advances in light weight materials, the roadster should weigh less than 1,000 kg (2200 lbs) and offer excellent fuel economy.

Power will likely come from a variety of small four-cylinder engines including the MINI's full range of 1.6-liter engines as well as a new twin-turbo 2.0-liter engine with at least 250 horsepower. The Z2 is also expected to be offered in hybrid, plug-in hybrid and diesel form.

While the budget conscious Z2 will come with a manually operated soft top, the car will feature some neat engineering tricks including a new transmission and an active front spoiler which automatically adjusts itself to maximize fuel economy around town and provide additional downforce at high speeds.

In order to keep costs down, future plans include the introduction of a Z2 coupe and a possible MINI version.