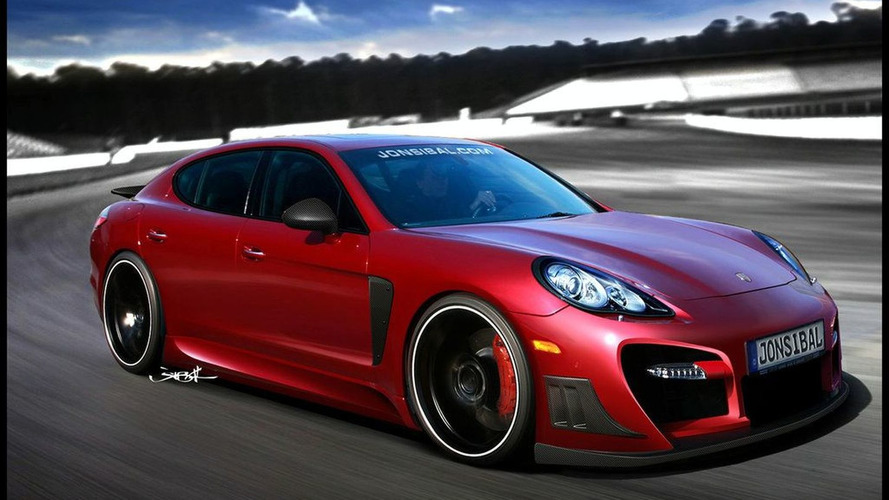 Artist Jon Sibal has delivered this rendering of a Porsche Panamera which he thinks might resemble a real TechArt design kit. The guys at TechArt were apparently impressed when he showed it to them.

Straight off the block we need to state that this is not an official TechArt tuning kit at all. It is an artist's rendering of what a TechArt conversion of the Porsche Panamera might look like. So TechArt was not involved in its creation.

Well-known automotive artist Jon Sibal is the one responsible for this impression. The self-confessed BMW fanatic admits that at first he was not particularly impressed by the Panamera's looks. But the more official pictures he saw the more it began to grow on him.

His rendering is inspired by the TechArt way of kit design. The front bumper for example, is styled after the TechArt GTstreet R which in itself is based on the Porsche 911 Turbo. The side skirts and the vent cover on the front fenders are original Jon Sibal designs. The chrome trim originally surrounding the headlights and window trims have been blacked out. The side mirrors are covered in carbon fiber.

After finishing his drawing a curious Sibal then contacted TechArt to show it to them. He asked them what they thought of it and they apparently said it looked very professional and highly detailed. The tuning house also stated that their initial computer designs are done in a similar way to what Sibal had done.